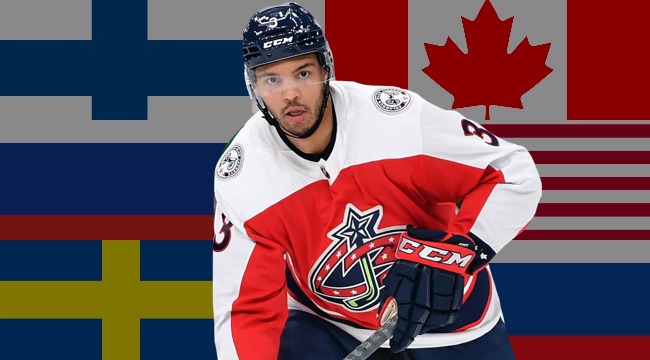 If there’s anyone who can speak to the nuances of regional hockey, it’s Seth Jones.

The Columbus Blue Jackets alternate captain helped shepherd the United States to back-to-back gold medals at the 2011 and 2012 IIHF World U18 Championships, and earned the US it’s first gold in a decade at the U20 level the following year in a 3-1 win over Sweden.

Jones, who’s strong play helped him secure an ambassadorship with Uncle Bud’s Hemp & CBD, sat down with us on Endless Hustle to discuss how the greatest hockey countries on the planet approach the game.

🇷🇺🇨🇦🇸🇪🇫🇮🇺🇸@BlueJacketsNHL defenseman and @UncleBuds_Hemp
ambassador @seth_jones3 gives insight on the different styles of play from the strongest hockey countries on earth.

“Definitely more of a puck control team. So they’re not going to dump the puck in every shift. They’re always going to bring it back. They’re going to try to create offensively and not just give it back to you. Their passing is going to be sharp. Their power plays are going to be good.”

"A lot of us looked up to them and the way they played the game."

Swedish NHLers discuss the impact Daniel and Henrik Sedin had on hockey in Sweden. pic.twitter.com/C2QcC3OrBl

I think I need to watch more Russian hockey pic.twitter.com/xgSGVJRARm

⛸️🏒 MT @TomEkegren: #Finland excels in everything ice related. This is 1st officer Miikka Ylikoski from ⁦@ArctiaLtd⁩ #icebreaker #Kontio playing ice hockey during a break in ice breaking ops on the sea ice in the #BayOfBothnia. pic.twitter.com/OvJXqhDcNu

#OnThisDay in 2014, Canada won its second-straight Olympic gold in men's hockey with a dominate 3-0 win over Sweden pic.twitter.com/4pWDv5TFlh

“I think we’re right there [with Canada] as well.  I think we play a hard, straight game. But then you have guys like Patty Kane that can make plays and be some of the most skilled players in the world.

So very excited about international play. Hopefully we sign that deal with the NHL to play in the 2022 Winter Olympics and hopefully I’m part of that. That’s definitely a goal of mine to play there, so I’m really looking forward to it.”

🗣 USA HOCKEY IS DO OR DIE. pic.twitter.com/zc4aDiGawX

Jones will look to earn his fourth gold medal in international play if he’s selected for the 2022 Beijing Winter Games, which rests in the hands of Blackhawks GM Stan Bowman. Team USA (Men’s) has not won an Olympic Gold Medal since the 1980 “Miracle” team won Gold in Lake Placid. Let’s change that!

.@BlueJacketsNHL defenseman @seth_jones3 on becoming an @UncleBuds_Hemp ambassador with the likes of Magic Johnson and Jane Fonda.

Check out our entire interview with Seth Jones (and comedian Jo Koy below!)