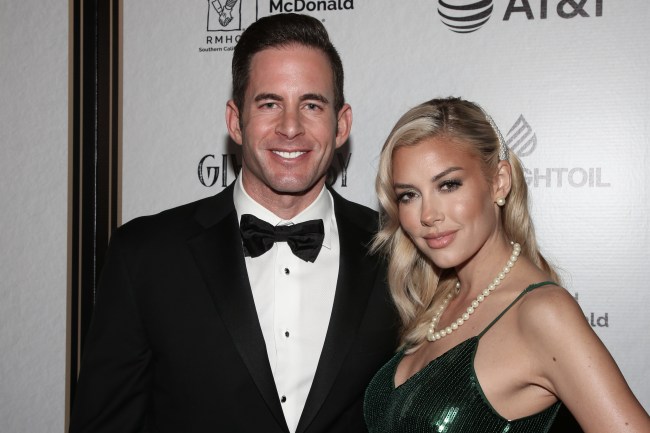 Grab some tissues and a glass of pinot because this is a modern day love story that will make the most black-hearted soul melt into a puddle.

By July 2019, Tarek El Moussa had just wrapped up filming his ninth season of HGTV’s Flip or Flop, had solidified himself as a household name, and was in full remission from thyroid and testicular cancer he was diagnosed with six years prior.

The world was Tarek’s oyster, and he shucked that sucker on the 4th of July 2019 as his yacht pulled into dock behind a Newport Beach, California bar.

As fate would have it, his yacht cozied up the boat his future wife-to-be—Selling Sunset star and February 2010 Playboy Playmate of the Month, Heather Rae Young.

Feeling himself, El Moussa pulled off one of the ballsiest and admirable pursuits these ears have ever heard.

He explained how it all went down on our Endless Hustle.

Allow @hgtv star @tarekelmoussa's courting of @HeatherRaeYoung to be an inspiration to men everywhere.

“Fourth of July, 2019. I’m Mr. Cool Guy. I got my yacht in Newport. I pull into the back of a bar. I got the music blaring, and she was apparently on the boat next to me. And I was just a lucky guy that day because there was a girl on my boat that she knew. So she jumps on my boat, I had no idea who she was. I had no idea about her show. I’m mid conversation with someone and I look over and I see her and I walked right to her.

And then she goes, ‘You asked me out two years ago.’

She said, ‘Yeah, you asked me out on Instagram.’

She goes, ‘Well I said I had a boyfriend.’

And I go, ‘You still got that boyfriend?’

So I end up asking her out and we talk for 5, 10 minutes and she goes back to her boat. And I look on the boat next to me and there’s another guy hitting on her. And he’s making her laugh and all this. And I’m like, ‘Oh no, I’m not going for this.’

So I’m scrambling. I eventually find my boat horn and I started laying on the boat horn in front of this part. Everybody jumps, including her and this guy, and they look at me and I said [to the guy], ‘Get off my girl.’

And he actually did. And that was it. A week later, we were on our first date.”

Listen to our full interview with Tarek below in our Endless Hustle mega-episode.