Is TARS, The Sarcastic Robot In ‘Interstellar’, The Funniest Character To Ever Appear In A Christopher Nolan Movie? 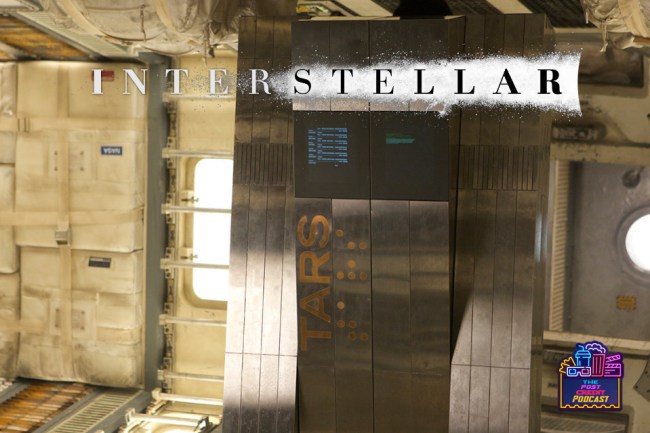 When thinking of Christopher Nolan and his already-legendary body of work, the word “funny” is probably near the bottom of adjectives used to describe the English auteur’s career.

For everything that’s great about Nolan — his ability to create intricate concepts and plots, his willingness experiment with narrative structure, his passion for original blockbuster filmmaking — his sense of humor is certainly not one of them, as it’s one of the major elements that lacks in a majority of his films.

Just take a second to look back at his filmography if you don’t believe me: Memento, Insomnia, Batman Begins, The Prestige, The Dark Knight, Inception, The Dark Knight Rises, Interstellar, Dunkirk, and Tenet. Not necessarily a barrel of laughs, now is it?

But while the ability to elicit laughter may not be one of Nolan’s primary strengths, that’s not to say that he ignores the emotion entirely, as the funniest character he’s ever created ironically resides inside of his most grandiose film. And that’s TARS the Talking Robot in Interstellar.

Not only is TARS one of the funniest characters to appear in a Christopher Nolan film, but it's also one of his best creations, both in concept and in execution.

'Interstellar', on this week's @PostCredPod🍿

What makes TARS so enjoyable is that he’s not just cheap comedic relief, either, as he’s not only legitimately useful to the team — he flies the ships, collects data, just generally saves their assess — but its comedy is intelligently worked into the plot, as the crew tampers with its humor and honesty settings, thus providing an actual reason for TARS to crack said jokes other than for the pure sake of balanced screenwriting.

Not only that, but Nolan was them loop the “90% honesty” running joke back into the film’s climactic scene, as Matthew McConaughey’s Cooper uses it to explain to Anne Hathaway’s Amelia Brand why he didn’t tell her the truth about his plan to drop into the black hole without her.

And that’s what separates Nolan from most directors out there: what could’ve felt like forced comedic relief to lighten up the undeniable and overwhelming terror of outer space ended up being arguably one of the most genuinely hilarious, and well-executed, plot devices he’s ever created.