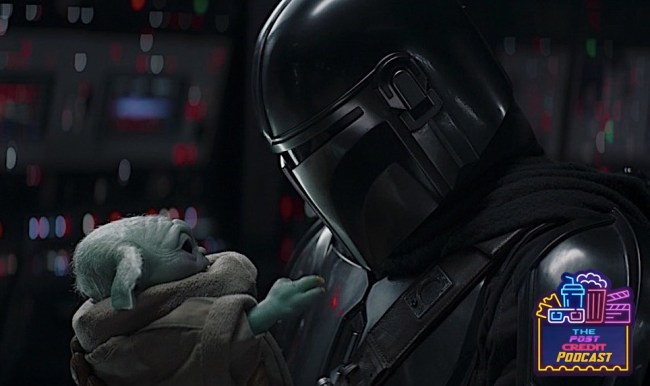 Despite genuinely loving Star Wars, I actually happen to think most of it is quite overrated.

Likely blasphemy amongst hardcore Star Wars fandom, my favorite film in the franchise — of all-time — is Rogue One. If you’ve followed my musings on the galaxy far, far away in the past, then you’ve likely heard me say that before. For the uninitiated, the thesis of my argument is that I saw the original trilogy for the first time when I was too old, therefore making them feel dated, and was wholly uninterested in the prequels due to, well, we all know why. It wasn’t until Rogue One, and later The Mandalorian, that I truly understood the generation-defining awe that the Star Wars universe has the power to wield. That feeling of wonder overcame me in the closing moments of Rogue One and it happened once again in the season one finale of The Mandalorian and hasn’t really ceased since thanks to this season’s thrilling output, culminating in a sixteenth chapter that’s one of the best Star Wars *things* ever made.

For all of its considerable strengths, The Mandalorian’s most potent attribute is also it’s most simplistic: it’s fun. Surely a rudimentary idea — “I mean, it’s Star Wars, isn’t it supposed to be fun?” — the last two decades of content from the franchise has proven that being fun is easier said than done. Take it from 1999 me, a six-year-old entirely disinterested in the franchise after watching a bunch of old men in robes walk around the desert and negotiate tax law for two hours. Or from 2019 me, a 26-year-old who was so repulsed by the calamity of The Rise of Skywalker that I nearly walked out of the theater. The Mandalorian, from the second it began, has been the antithesis of recent Star Wars outings, replacing the evident bitterness towards the sequel and prequel trilogy with a sense of adventure — the original sense of wonderous adventure — that Star Wars original became known for, a sense that wholly emanated throughout “Chapter 16: The Rescue”.

For a series about what amounts to a faceless superhero, The Mandalorian has done an incredible job of expanding the scope and depth of Pedro Pascal’s Din Djarin, who’s — once again — the crux of this episode’s action and dramatic weight. More so than his literal safety, I found myself rooting Baby Yoda’s rescue to be successful simply so he and Mando could be reunited. The father-son relationship is at the core of this series’ elemental appeal and the season two finale delivered that in spades. Not only was Din’s rescue of Grogu both tangibly thrilling and thematically rewarding, but their subsequent farewell was equally heartbreaking: the relationship between Mando and Baby Yoda is what’s made this series special thus far, so splitting those two up represents a heartbreaking, effective short term result and a significant long term gamble. Ever since the series premiere, the safety of Baby Yoda has been the primary dramatic anchor of The Mandalorian — it’s largely what the audience cares about most — so removing that fact puts season three in the position of reorientating the audience’s emotions towards a new goal, and I’m fascinated to see how they do it. Do you and I really care about the planet of Mandalore all that much? I’m not so sure. Either way, for what was effectively the emotional climax of The Mandalorian’s 16 episodes thus far, I felt the goodbye between Grogu and Din stuck the landing, elevating the finale and adding some heart to its considerable aesthetic flair.

As for where Grogu’s story goes from here, the character is quite obviously too massive of a cultural phenomenon for them to sweep along the wayside. Whatever Grogo updates may be needed, I guarantee Season 3 and beyond provides them. Din promises him that they’ll see each other again and that’s a pledge I fully expect The Mandalorian to keep.

Ultimately, the finale was a microcosm of the season, and the series, as a whole: slick, movie-budget-level production paired with filmmakers who love and understand the characters, sending them on adventures that simultaneously seek to entertain in a pure popcorn sense and elicit emotion in the way all effective pieces of art do. The Mandalorian took what made Star Wars groundbreaking a generation ago and finally figured out a way to deliver that same magic to a new age of fans, and for that, this series, this season, and this finale rank among the greatest pieces of Star Wars content ever made.

There was about 30ish Darktrooper and another 30-40ish stormtrooper, so we’ll peg this week’s Kill Count about 75, which is still about half of last week’s monstrous TBS (Total Bodies Stack) in “Chapter 15: The Believer”

We’ve got ourselves a two-for-one here, as the moment Mando and Grogu say their goodbyes serves as both an emotional gut-punch and narrative surprise.

Uh, yeah, that dude with the green lightsaber, his name is Luke Skywalker, maybe you’ve heard of him?

Again, given that he’s LUKE SKYWALKER, the master Jedi’s serene, balletic take down of the Darktrooper hoarde is the obvious answer here. Still, that said, I thought Mando’s 1 v. 1 duels with both a Darktrooper and Moff Gideon himself were equally thrilling.

A sword-like object simply NEEDS to be Mando's weapon-of-choice going forward because GOD DAMN that dude can sling it.#TheMandalorian pic.twitter.com/LbdfTC6rvJ

In the post-credit scene, Boba Fett and Fennec Shand are seen taking the very same throne occupied by Jabba the Hutt in Return of the Jedi.

The MVP of the episode, and the season as a whole, is very obviously Din Djarin. This man traversed the galaxy — fighting sandworms and ice spiders, Boba Fett and Darktroopers, Moff Gideon and countless Stormtroopers — for the sole purpose of protecting the literal only thing he’s ever loved.  He organized a coalition of wildly different characters from all corners of the galaxy to works towards a common goal. He saves Grogu, reunites him with a Jedi, and becomes the owner of the Darksaber in the process, which will likely lead to him shepherding the retaking of Mandalore. Above all, though, season two saw Din become a fully-fleshed-out character with emotions and humor and desires, and the series was all the better for it. Just incredible work from Mando and Pedro Pascal.

As I said at the top, just as I think we’re nowhere near done with Baby Yoda, I feel the same about Moff Gideon, who was very obviously kept alive for a reason. Despite The Mandalorian seemingly angling towards a future where Mando and the gang work to take back their home of Mandalore, Gideon, and the Empire in general, will remain a presence in this series.