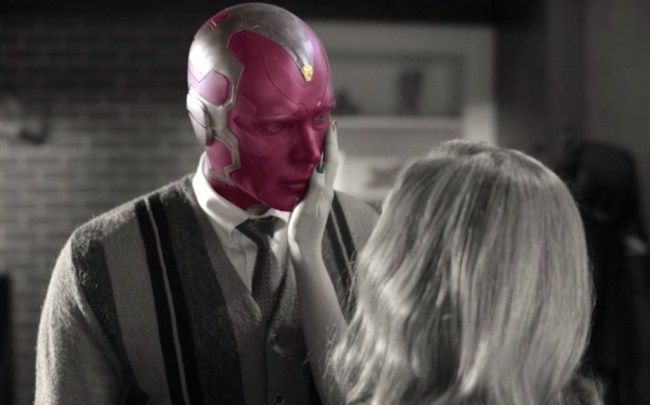 On its surface, the upcoming Disney+ era of the Marvel Cinematic Universe (and Star Wars Universe, Pixar, etc) is an inherently glutinous and capitalistic endeavor. That is, after all, the goal of the Mouse House: endless expansion. But as tantalizing as the prospect of never-ending universes and franchises and spin-offs is to the executives, it’s an equally appealing proposition for the creatives, as well.

What the streaming era has effectively done is construct a vacuum of creativity that’s challenging actors and writers and directors to fill it by expanding their respective genres. Look at The Mandalorian, which is widely considered to be some of the best Star Wars content in decades, or the massive batch of eclectic Star Wars series slated for Disney+ in the coming years. This notion of creative expansion is best summarized by Pixar head Pete Doctor, who recently told The Hollywood Reporter that a mandate from Disney to produce more content has forced them to experiment further outside their box.

“We were asked early this year to up our game and produce more. So we stepped up and we’re basically doing as much for streaming as we are in theatrical release,” Doctor Said.

In some ways, the demand to produce for Disney+ has brought Pixar back to its more freewheeling early days, Docter says. “At the beginning, when we were doing Toy Story, we didn’t know what we were doing,” he says. “So people would be just off the street. ‘You’re going to be the art department manager.’ Now we would never do that. First you’d have to go through three or four other positions and train. The streaming service has shaken that back up to the earlier days of, ‘OK, we just have to take some chances and go.’ ” [via THR]

After viewing WandaVision, it’s clear Pixar and Star Wars weren’t the only Disney brands tasked with expanding the horizons of their output, as the Marvel Cinematic Universe is clearly doing so in both their future theatrical (Eternals, Shang-Chi, and all the multiversal madness on the way in Spider-Man 3 and Doctor Strange 2) and streaming endeavors. While WandaVision is the first and certainly won’t be the last, it might be the most extreme example of what we can expect from this new age of experimental blockbuster popcorn content.

In its early goings, WandaVision is very much a sitcom, and if you go into it expecting anything else, you’ll likely find yourself disinterested and perhaps frustrated by its tediousness, especially if you aren’t in tune with the various homages to sitcoms past. But if you allow yourself to embrace the inherently classic nature of the series — I mean, seriously, I’m not sure I’ve ever watched a TV show as “old” as WandaVision is trying to be — and remind yourself that this is all building to that traditional action-packed MCU blow-out we’ve all come to know and love, WandaVision transforms into a subtly unsettling mystery that’s ready to burst at the seams at any given moment. There is something primally thrilling about the “things are not quite as they seem” genre and WandaVision has that in spades.

That said, the pace at which this mystery unfolds will likely define how fans ultimately view this series. Nowhere near as massive as The Mandalorian in scope, it’s not as easy to argue for the weekly release format. The episodes are only about 25 minutes long and those 25 minutes largely consist of classic sitcom tropes and sparsely placed hints that this reality is perhaps not as it should be. Had three episodes been uploaded today, I would’ve watched them all. Had the entire season been released, I would’ve binged it in a day, perhaps making for a better experience. But I also can’t really make that call until I’ve seen the final product as a whole, and neither can you.

From everything we heard thus far, the last 90-or-so minutes of this series promises to be on the scale of an MCU film, which makes the manner in which they’re building up to that climax all the more admirable: love it or hate it, WandaVision is something new. If you went into it hoping for something on the scale of Endgame, you’ll obviously walk away disappointed. But if you understand and remember that this is all building to something more — that things are not quite as they seem — then WandaVision becomes as good as you allow it to be.