Why ‘Office Space’ Tanked So Hard In Theaters, According To John C. McGinley aka Bob Slydell

“What would ya say…ya do here?”

This is what John C. McGinley would like to ask the marketing *scare quotes* “genius” at 20th Century Fox who flooded the engine before Office Space had the opportunity to take off.

I know this may be impossible to believe, but after releasing in 1,740 theaters nationwide in February 1999, Office Space was pulled from all of them one month later over dismal box office sales.

Writer and director Mike Judge would later claim a studio executive at 20th Century Fox told him: “Nobody wants to see your little movie about ordinary people and their boring little lives.” #OldTakesExposed

John C. McGinley, who plays Bob Slydell, told our Endless Hustle that a confusing print ad for the film’s theatrical demise, back during a time when print ads put asses in the seats.

“Some genius at whoever produced Office Space, either Sony or Columbia or somebody, the full-page ad was Milton covered in Post-Its. 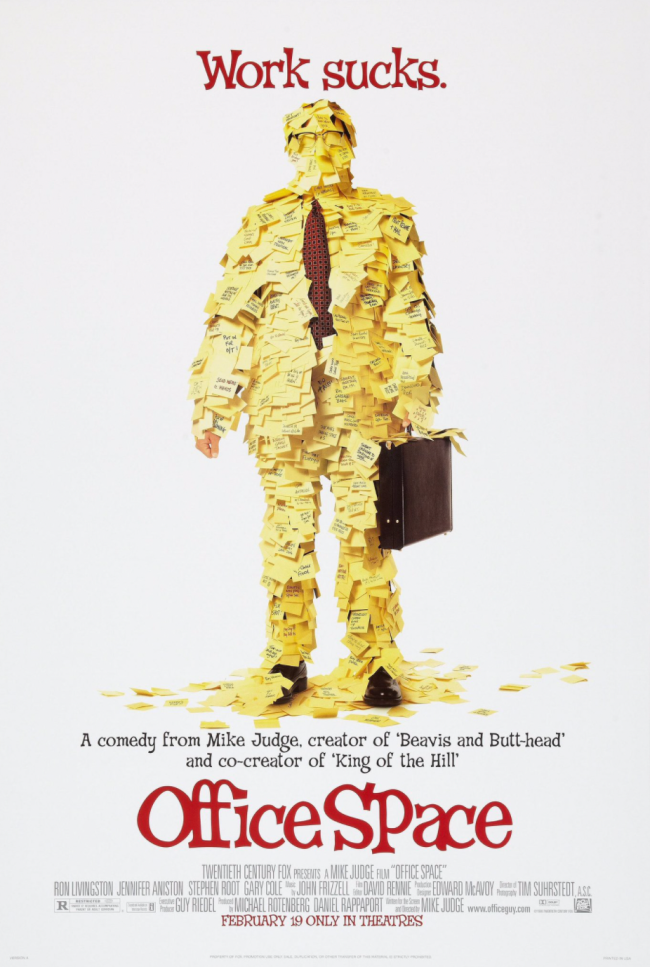 “And so some genius in publicity at one of those companies decided, ‘I got a way to break through with this movie! We’ll cover Milton in f*cking Post-Its and that will get people out to the theaters.

Well, it did the opposite. So Office Space died after a two-week run in theaters…It sh*t the bed in the movie theater.”

The rise of VHS and DVD consumption and word of mouth changed the films fate forever. As of 2006, it had sold over six million DVDs in the United States alone and in 2008, Entertainment Weekly ranked it fifth on its list “25 Great Comedies From the Past 25 Years.”

Life comes at you fast. And work will always suck.