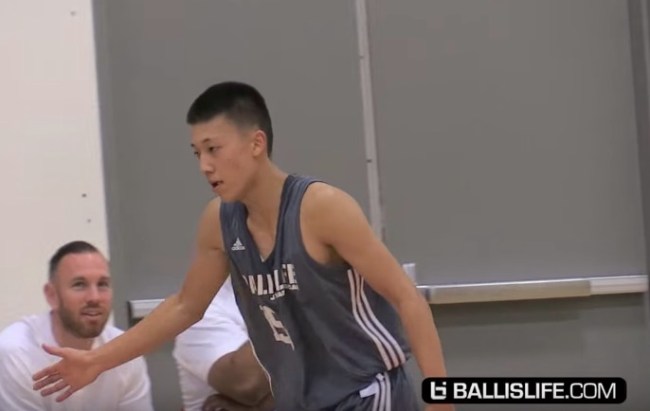 There’s a 14-year-old basketball player named Jeremy Lin who has blown the basketball world away with a mixtape of his ridiculous on-court skills. ‘Linsanity’ has slowed down over the past few years after it peaked in 2012 when Harvard’s Jeremy Lin took the NBA by storm. It appears we might be in the midst of Linsanity 2.0 because the hype surrounding this video is REAL.

The 14-year-old Jeremy Lin earned a top 25 spot at the BallIsLife Jr. All-American Camp put on by adidas, and shortly thereafter this video began to make the rounds. After hitting websites like Dime Magazine and the BallIsLife YouTube channel the basketball world began to wonder just who this 14-year-old kid is and whether he can grow up to outshine the 28-year-old Jeremy Lin who averaged 12 points per game, 2.9 rebounds, and 4.5 assists last season with the Brooklyn Nets.