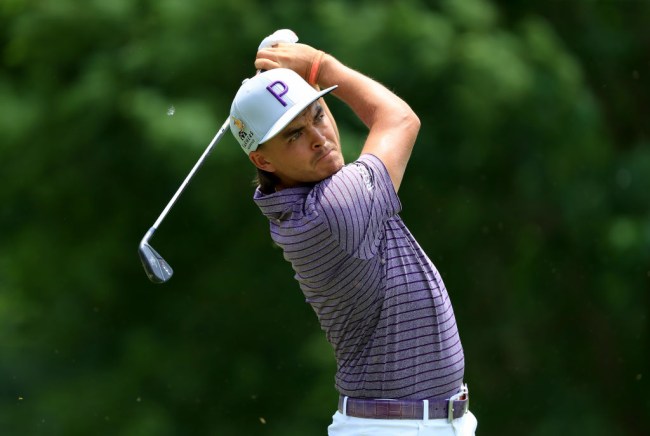 It’s U.S. Open week and while it’s typical to look at players who could hoist the trophy come Sunday, we decided to flip that and look at some elite names that we don’t see stepping into the winner’s circle.

We’re not just looking at 10 random names, we’ve narrowed the criteria to the Top 25 players in the Official World Golf Rankings. Spoiler alert, no, world No. 1 Brooks Koepka is not on this list. It’s beyond the point of his career where you simply do not pick against him during a major championship week, do not be that person.

Rose is the only player to feature on this list that has a U.S. Open title to his name, but nevertheless, I just don’t see it happening this week. While his game fits Pebble Beach’s tight fairways and precise approach shots should warrant him being in contention heading into the weekend, Rose’s uber consistent game hasn’t been super consistent over his past four starts.

Thomas does appear to be completely healthy after withdrawing from the PGA Championship last month,  but just two starts including a missed cut since the Masters is cause to stay off of Thomas this week.

Here are the results of DeChambeau’s last four starts: MC – MC – MC – T-22. He has not finished inside the Top 20 in each of his last nine starts. The 25-year-old has struggled to not only hit greens this season but also get up-and-down when he misses said greens as he ranks 61st on Tour in scrambling; not a great recipe for Pebble Beach.

While Fowler is a West Coast kid and winning at Pebble Beach would be a pretty cool story, it just doesn’t feel right that his first major title would come anywhere but Augusta. Fowler hasn’t finished better than T-22 in his last four U.S. Open starts plus hasn’t played in an event at Pebble Beach since 2012 when he made the cut but didn’t finish.

Rahm is a player that has been in contention come Sunday but has fallen out due to some poor shot selections and simply letting the moment get the better of him. We’ve got to remember he’s still only 24-years-old, but accompany his up-and-down attitude and pretty rough short-game this season, it probably won’t be Rahm’s week at Pebble.

Day has been strong off the tee and with the flatstick all year long, which is where he makes his money, but the ball-striking has been flat-out bad this season. Day enters the week ranked 145th on Tour in strokes gained: approach and 163rd in proximity to hole with an average of 39-feet. Iffy ball-striking is not what you want heading to a U.S. Open setup at Pebble Beach.

The U.S. Open has just been flat-out mean to Watson over the years with his best finish since 2011. His best finish over the last eight years has been T-32 in 2013 and he’s missed the cut four of the past five years at the U.S. Open. Watson’s game clearly hasn’t agreed with the USGA over the past handful of years and I don’t see it catching fire at random this week.

The last time you probably heard Patrick Reed’s name was back in April of 2018 after he won the Masters. Since Reed’s major win, he hasn’t found the winner’s circle again. In 2019 he has just one finish inside the Top 10 and for that you have to go to his first start of the season back in the fall of 2018. He also ranks 161st on Tour in driving accuracy and that’s no bueno heading into this week.

Phil’s name on this list probably pains a lot of people out there. He won at Pebble Beach earlier this year in the AT&T Pro-Am and has a great track record here, but the story is almost too perfect for Mickelson to win this week. He’s going for the career grand slam and father time is catching up to him; this will be Mickelson’s best shot at winning the U.S. Open from here on out. He also may carry two drivers this week and it would be flat-out wrong for there to be a U.S. Open champion who wins with two drivers in the bag.

Don’t get it twisted, Woodland isn’t just on this list because he’s the No. 25 player in the OWGR, he’s playing good golf at the moment. Woodland finished T-8 at the PGA Championship last month and certainly has the game both off the tee and from the fairway to compete this week, but the putting could hold him back. Woodland is 150th on Tour in strokes gained: putting while carding a one-putt just 37.22% of the time good enough for the 181st one-putt percentage on Tour.