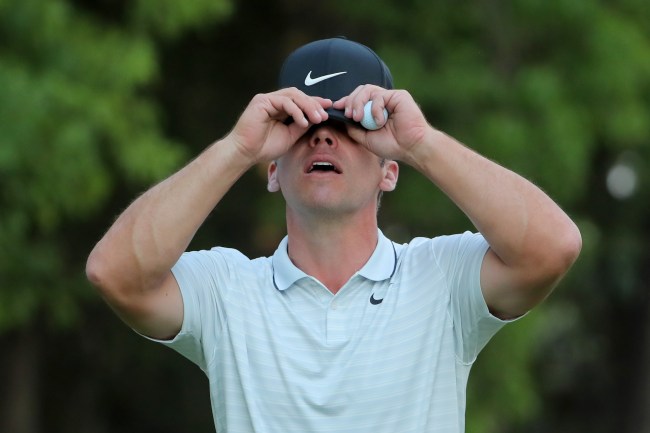 **Editor’s Note: Kevin Dudzinki is ranked in the top 10% of all DFS players, according to Rotogrinders.com, and has made a killing on fantasy since he started in 2013. Learn more about Kev HERE and follow him on Twitter HERE.

He also happens to be on an absolute heater.***

At this point, it’s getting ridiculous.

Jon Rahm destroyed the field last week at the Memorial, cashing a ticket for all of us at 22-1 odds. Rahm played an incredible round of golf on Saturday, turning a 4 stroke deficit on the back 9 to a 4 stroke lead by the end of the day. Then on Sunday, he was able to fight off brutal conditions, and take down the Memorial tournament, while becoming the number one golfer in the world in the process.

The tour heads to Minneapolis this week for the 3M Open.

This course does not play very difficult, so I expect it to be a birdie fest. I’m looking for great tee to green players, who rank highly in birdie percentage, among some other stats.

Below is a refresher on how I am allocating my bets this week, and who I like to take down the 3M Open. 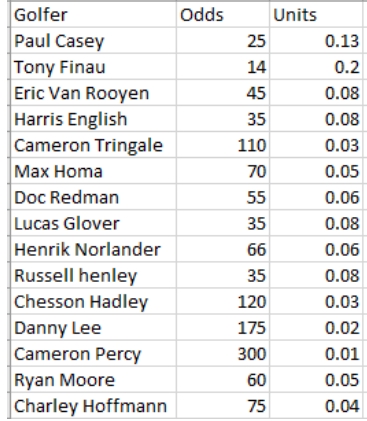 With six tournaments in the books since the PGA returned, now we have solid sample sizes of who’s playing well, and who’s struggling these days.

After a week at the Memorial on a brutally tough course, we shift to TPC Twin Cities, a much easier course, which should be a birdie fest.

Casey burned many last week, as he was pretty chalky at only $7,900 and missed the cut on the number. This week, he’s the fifth most expensive golfer in this weak field. I’m guessing his ownership will be held down because so many were burnt by him last week. However, if we look deeper into his stats, he actually played pretty well. Unfortunately, he took an 8 on a par 3 on Friday, which caused him to miss the cut by 1 stroke. Take out that one disaster hole, and Casey is probably having a pretty solid week, and would be highly owned. I’m willing to go back to him.

Another guy who will have a lot of recency bias. Midway through the third round, Finau held a 4 stroke lead over the entire field. Then he melted down on the back 9 Saturday, and all of Sunday. We’ve got to look past that though, as course conditions were just brutal. If he had melted down earlier, and played stronger as the week went on, we’d have a very different feeling on him. At an easier course here, with his length off the tee a weapon, I like Finau to do some damage this week.

EVR sounds to be the chalk of the week. Everyone seems to love him, so if you are playing cash games, he makes a lot of sense. If you are playing in tournaments though, fading might be the spot, as he should be very highly owned. However, he’s been playing well, and there’s no reason to think he won’t here. I’ll have him in cash games at the very least, and consider going heavy on him in tournaments.

Norlander has been on fire recently, making four consecutive cuts, and finishing sixth last week at the Memorial. The only stat I am looking at this week that he doesn’t grade out well in is driving distance, and that is certainly not the most important stat of the week. He’s reasonably priced and a birdie maker, so I think he has some upside here.

Tringale is a tee to green stud, and to me, that’s the most important stat of the week. He’s a pretty volatile player, so don’t be surprised if he tanks. But his upside is very good, and his salary is so cheap, that he could provide some great savings when trying to fit some of the higher salaried players.

Lee’s stats in this field are surprisingly good. For such a cheap price, we get someone ranked in the top quarter of the field in birdies made, and playing well tee to green. He’s great salary relief, and a tour veteran. I think he can make the cut and give us some value this week.