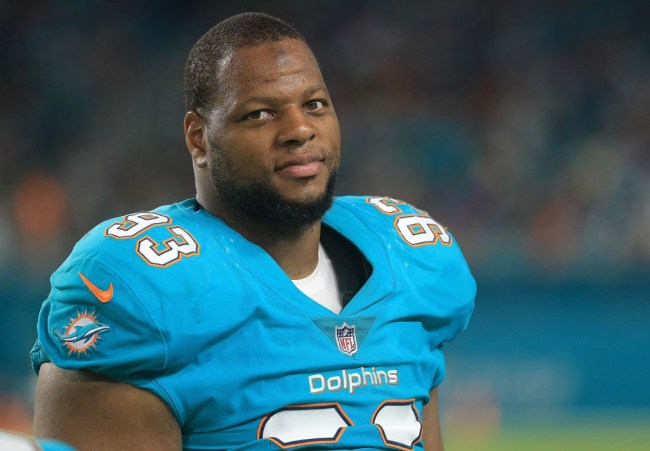 The LA Rams defensive line is going to be pretty scary next season. According to ESPN’s Adam Schefter the Rams have signed former Miami Dolphins star defense end Ndamukong Suh to play alongside the NFL’s defensive player of the year, Aaron Donald.

According to Yahoo Sports NFL reporter Jordan Shultz, Suh was intrigued by the possibility of wreaking havoc next to Aaron Donald.

Suh has told me he’s intrigued by playing on the same line as Donald/Brockers. Re Wade Phillips and his 3-4 defense: It has similar gap scheme as a 4-3. Suh is versatile and football savvy enough not to be confined to a super specific role. The #Rams understand this as well.

Donald was all for the pairing and gave the team his blessing to sign Suh.

I’m told the Rams broached the possibility of adding Ndamukong Suh with Aaron Donald. Yes, he’s good with it. That may change if they wound up paying Suh top dollar, but they won’t. Rams talked football with Suh at their facility earlier today and will dine with him tonight.

While Suh had a bit of an off-year last season but he’s still a force to be reckoned with. It will be intriguing to see how the Rams fit him in but there’s no doubt that he and Donald are going to make teams nervous next season.