Former AAF Owner Tom Dundon Sues To Get His $70 Million Back, Says He Was Duped Into Buying The League 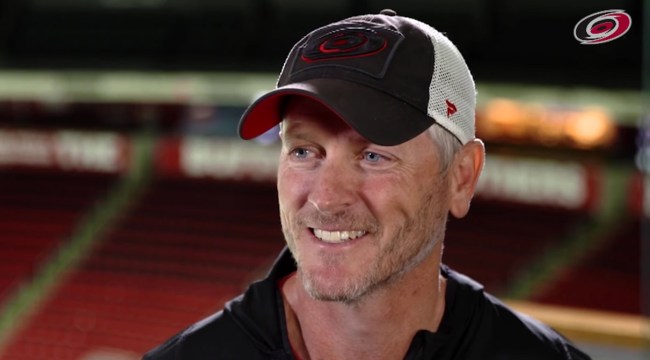 The Alliance of American Football (AAF) went from looking like a very promising feeder league for the NFL to a complete sh*tshow in an amazingly short amount of time. Cleaning up the mess the league became at the end, however, is going to take a very, very long time.

There are multiple class action lawsuits against the league and its founders to be sorted through, original AAF main investor Reggie Fowler has been arrested and faces up to 70 years in jail on bank fraud charges, and now former AAF owner Tom Dundon has filed a lawsuit seeking the return of his $70 million investment, saying his was mislead into buying the league.

Dundon, the owner of the Carolina Hurricanes, was seen as the savior of the AAF when he committed to investing $250 million in the league at a critical juncture just two weeks into the AAF’s first season.

Following the games of week 8, Dundon pulled the plug on his funding of the league which had reached $70 million, almost all of which went towards meeting the AAF payroll, but not many of the vendors or other creditors.

Now Dundon wants his money back.

“Even though AAF executives told DCP (Dundon Capital Partners) its contribution would get the AAF through the first season, those executives knew at the time of the execution of the Term Sheet that the AAF would likely need an additional $50,000,000 (including League revenue) on top of DCP’s investment of up to $70,000,000 to get through the first season,” according to the legal filing made Monday. “The AAF and its executives never disclosed this information to DCP.”
…
“The AAF further represented that it could survive the season with only $55,000,000, leaving substantial capital to prepare for the following season,” Dundon’s filing charges read. “During the weeks following the execution of the Term Sheet, DCP learned a number of alarming facts that revealed that the AAF was not forthcoming with Dundon and DCP. DCP learned that, in addition to not having the funds to pay salaries after the first week of the League’s games, the AAF also had accumulated more than $13,000,000 in unpaid debts and commitments. The AAF did not disclose these unpaid debts or commitments to DCP prior to the execution of the February 14, 2019 Term Sheet.”

A lawyer involved in the case says Dundon filed the claim in bankruptcy court in an attempt to distance himself from liability to any of the league’s creditors, as well as trying to trigger the AAF’s executive and board insurance policies, which would add more money to the pot for himself and other claimants.

Currently, the league lists $11 million in assets versus liabilities of $48 million as it sits in western Texas federal bankruptcy court.