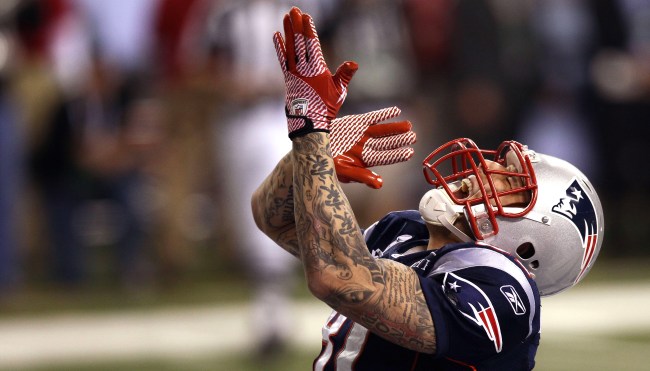 New Netflix documentary Killer Inside: The Mind Of Aaron Hernandez has been a popular topic of conversation among sports fans since its release on January 15th.

It’s even been the topic of conversation for former NFL players like Pat McAfee who faced Hernandez when he was with the New England Patriots as he was also committing at least one murder, that of 27-year-old Odin Lloyd.

Lloyd, who was dating the sister of Hernandez’s fiancee Shayanna Jenkins at the time of his death, was murdered in an industrial park just one mile from Hernandez’s home.

The reason for the shooting has never been revealed, but Netflix’s new documentary tries to uncover some possible motives, with varying degrees of success.

Hernandez’s fiancee and his lawyer during his second murder trial Jose Baez have responded to the documentary with Baez stating, “I don’t give a damn about what some lame ass documentary has to say about Aaron. I knew him, they did not and while he was far from perfect, they are not even close to the truth.”

Baez also claims that the producers of the film “lied directly to my face.”

Now, TMZ reports that the family of Odin Lloyd is also not happy with Killer Inside: The Mind Of Aaron Hernandez feeling “blindsided” by its release.

Despite appearances in the film, the Netflix documentary reportedly caught Lloyd’s family completely off-guard, as they reportedly did not want to be involved in its production.

The family is unhappy with all of the unwanted attention they are receiving as they’ve tried to move on and the notoriety is once again forcing them to deal with the memories and trolls who feel the need to attack them and their deceased relative, Odin Lloyd.

Producers of the film also allegedly used personal photos of Lloyd without the family’s permission, but rather than take legal action against Netflix or producers, they’d prefer to just let all the revived attention fade away.