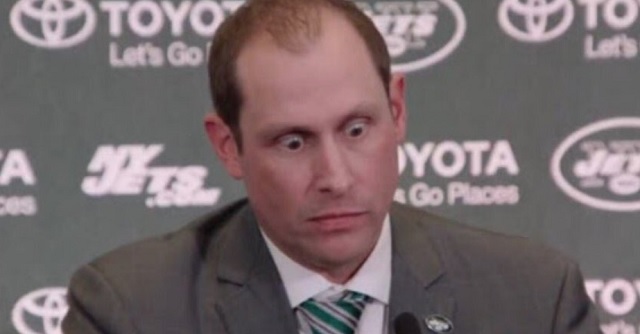 Adam Gase is pretty familiar with playing against Tom Brady. While Gase is entering his first season as the head coach of the New York Jets, he spent the past three years as the top dog with the Miami Dolphins, meaning he’s gone against Brady and the New England Patriots a bunch during his tenure in the AFC East — and he knows that Brady’s run as the GOAT probably isn’t coming to an end anytime soon.

Brady has often said as much, too, repeatedly hinting that he hopes to play until he’s 45 years old, meaning that the current 41-year-old will be suiting up for at least four more years. That’d be insane, but, hey, if anyone can do it, Tom Brady can, right?

When Adam Gase was asked about how the six-time Super Bowl champion quarterback does it and how long he thinks the Pats legend might actually play, Gase didn’t hold back. Take a look at his hilarious reply to the question below.

Adam Gase on Tom Brady playing into his forties: "I wake up and I feel like s–t…and he's older than me" pic.twitter.com/OG9OIEXFbT

First thing that jumps out here is Adam Gase’s brutal honesty, because the fact that a 41-year-old Tom Brady can recover as fast as he does — and remain successful AF — while playing a violent pro sport is absurd. The second thing that stood out was the fact that Gase is actually younger than Brady by a year, meaning he’s 40 years old. That’s how crazy the New England quarterback has been haunting the dreams of NFL coaches, because, 19 years ago, Brady was just a rookie who nobody heard of, and now he’s beating guys younger than him on the field and standing on the sideline. Remember, L.A. Rams head coach Sean McVay was only 33 years old when Brady’s Pats beat his team last month in Super Bowl 53.

While all of us 30-something guys can relate with Adam Gase by rolling out of bed feeling like complete crap with some random aches and pains, Tom Brady’s over here doing some wild workout routine that keeps him nimble enough to play in the NFL. Some thing’s just aren’t fair.