If You Can Hoop, You Could Score A Role In Adam Sandler’s Next Flick Called ‘Hustle’ 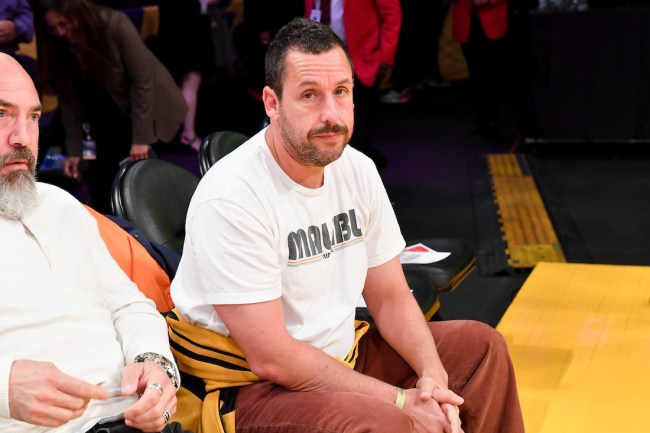 If there’s one thing we know about Adam Sandler, it’s that he’s a man of the people. Whether he’s rocking dad clothes and looking comfy while sitting courtside at an NBA game, or actually joining a few strangers to play a random game of pickup at the park, the longtime actor isn’t your typical A-lister.

And if you’re one of those people who have ever wondered what it’d be like to actually star alongside Sandler in a movie, well, you kind of have your chance to find out — but only if you’ve got the game.

That’s because a new movie starring The Sandman called Hustle is looking for “highly-skilled” basketball players as extras, with open tryouts actually being held in mid-July. So if you think you’ve got hoops skills — are aren’t a college athlete, who are ineligible — you might as well try your luck and show up at the open tryouts in Delaware. Take a look below at some of the details of the unique casting call.

First off, this is awesome, and if I lived anywhere near the east coast, you better believe I’m showing up with some worn down sneaks in my hands ready to hoop. Second, even if Adam Sandler’s not there at tryouts — he obviously won’t be — imagine having the tryout of a lifetime and getting a chance to play alongside him in a movie? I may have gotten cut from my middle school basketball team, but maybe I ball the F out when trying to land an extra role for this Hustle movie.

Speaking of, for those actually interested in trying out, here’s a short description of the flick, per The Hollywood Reporter:

Sandler will play an American basketball scout who is unjustly fired after discovering a once-in-a-lifetime player abroad. He then decides to bring the player to the U.S. to prove that they both have what it takes to make it in the NBA.

There are some specific guidelines, but, hey, why not go play hoops with the chance to appear in a movie with Sandler? In fact, if you’re one of the people who do go, hit me up and let me know about the experience, because a 45-minute tryout sounds both intense and cool AF. Man, nobody does it quite like Adam Sandler, who’s genuinely a true pioneer.