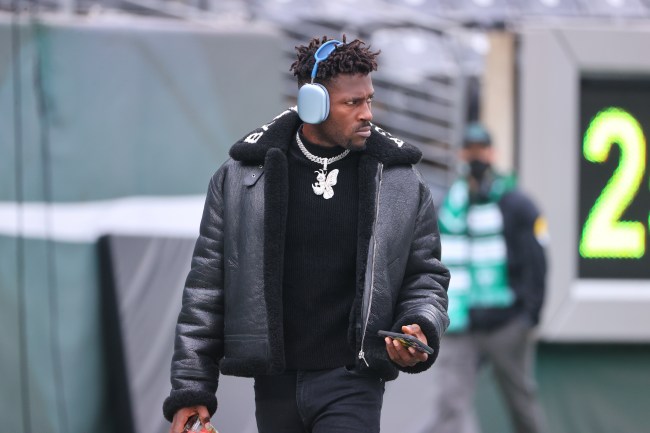 Maybe we have seen the last of Antonio Brown in the NFL. There was a report earlier in the week that claimed Antonio Brown could quickly find a new home if he was cut by the Buccaneers.

That cut came a few days ago and now Brown has cleared waivers. According to Adam Schefter, the lack of interest from around the league should be expected to continue.

“You can believe his side. You can believe the Buccaneers’ side. The fact of the matter is there’s a lot of history that’s been built up here. When you talk to people around the league, they expressed doubt that he will get another chance in the league.”

You really have to wonder how desperate a team would have to be to actually want to sign Antonio Brown right now. He has been a headache and distraction at every stop in his NFL career.

Over the last few years, his issues have just continued to get worse. The guy faked a vaccine card a few months ago and that was apparently not his most noteworthy act of this season.

To make matters worse for Antonio Brown, you could argue he is no longer worth the headache. He struggled to stay on the field this year, claims he needs surgery on his ankle, and is no longer the league’s best wideout.

Contrary to what he claimed in that ridiculous interview yesterday, he probably wasn’t even the best receiver on the Tampa Bay Buccaneers.

Regardless of what Antonio Brown thinks of himself these days, the NFL and its fans are probably better off if Adam Schefter is right. Let’s hope the league’s owners see things the same way.