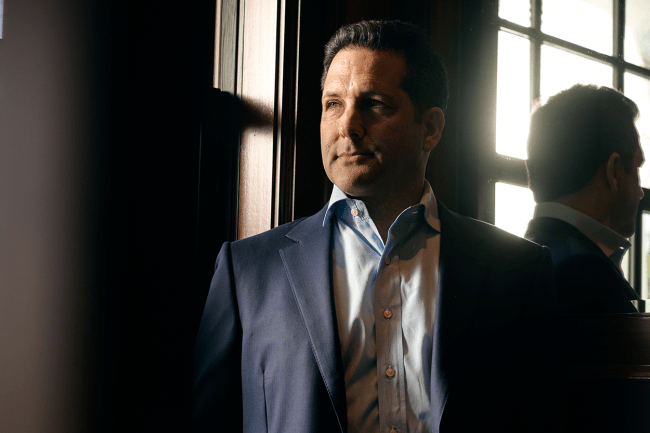 Adam Schefter isn’t just an NFL “insider,” he is essentially the NFL “insider.” The 55-year-old is expected to be the first person to break any and all news related to the National Football League and gets paid lucratively to do so.

Earlier this year, Schefter signed a new contract with ESPN that is reportedly worth around $9 million per year. His job, which in turn is his life, is a grind.

Schefter must be up to date on everything and anything related to the NFL. But how does he do it? How does he get his scoops?

He recently revealed that a large part of his information-gathering is transactional. Not all of it, but some of it.

Schefter’s gifts, depending on the year, vary pretty widely. They could be Vineyard Vines ties, scotch, ice cream, or chocolate. And not just a little bit of chocolate— a lot of chocolate.

In fact, the Washington Post says that Schefter once spent $16,000 (!!) on chocolate alone.

While most of the gifts go to sources that, in turn, keep Schefter in the loop on all NFL-related breaking news, some of the gifts go to his ESPN co-workers and others around the industry. In addition, per The Washington Post, he writes the gifts off as a business expense come tax season.

With that all being said, Schefter wants to be clear that his sourcing isn’t entirely based on a system of quid pro quo.

“I have relationships with people,” Schefter said to the Washington Post. “It’s not all transactional.”

It would be interesting to know if other “insiders” have similar gift lists. Are they bigger and more expensive? Are they more refined? Is Schefter alone in this practice? Likely not, but $16,000 spent on chocolate is an astonishing number no matter who it is.