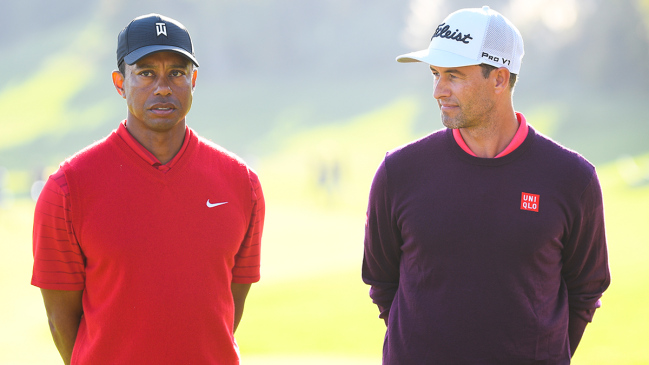 Athleticism can certainly come in handy on the golf course, but anyone who’s ever subjected themselves to the sport knows just how much of the role the mental aspect of the game can play when it comes to how you fare on the links.

That’s especially true when you’re someone who plays golf for a living. It’s one thing to grapple with the nerves that come with trying to sink an eight-foot putt when you’re playing for $5 a hole with some buddies, but it’s hard to compare that with the pressure that comes with consistently making shots when there are literally millions of dollars on the line.

It’s safe to say Tiger Woods has done a pretty good job dealing with that facet over the course of a career where he’s racked up 82 victories on the PGA Tour, won a major on 15 different occasions, and earned more than $120 million in tournament checks (not to mention the boatloads of cash he’s received from his various sponsorships).

Based on what Adam Scott had to say on a recent episode of the Subpar podcast, Woods can also credit some of his success to his ability to get into the heads of other players, as the Australian shared some stories highlighting how he’s mastered the art of gaining a psychological edge at the expense of his opponents.

Scott has had the chance to play alongside Tiger in multiple events, and when asked if any particular moments stood out, he pointed to one strategy Woods harnessed during at least one unspecified major that successfully threw him off of his game.

Here’s what he had to say via Golf:

“He just had it in the head so much better than everyone and then he got to the point where he would just play mind games on the course and in majors.

He would pull way too much club on a par-3 and let you see it as it was playing out. He’d make kind of a full swing with a 7 and flight it in there nicely and let you see it was a 7, and you were tossing out whether if it was an 8 or a 9. And you were like, ‘Well, it’s definitely an 8 if he hit 7,’ and then you go ahead and hit an 8 and airmail the green.”

Scott said he eventually reached a point where he had to force himself to avoid watching Woods play in order to not fall victim to his tricks:

“It got to the point where I started having some success playing with Tiger by not watching him play. That was the best way to go. I literally turned my back and didn’t watch him make a move or hit a shot or feel like I could get sucked into the drama that was playing with Tiger Woods because there was so much going on.”

While Tiger didn’t have to say a single word to make a mark on the rest of the field in his prime, he did also have some trash talk he could deploy at the appropriate moment.

Scott also revealed he got the chance to play St. Andrews with Tiger prior to the 2000 British Open and ended up second-guessing his decision to pull out a five iron after Woods drilled the green with a four iron—which turned out to be a mistake: