Alex Rodriguez On His Post-Baseball Life, Resurrection Following 2014 Suspension: ‘I Got My Ass Humbled’ 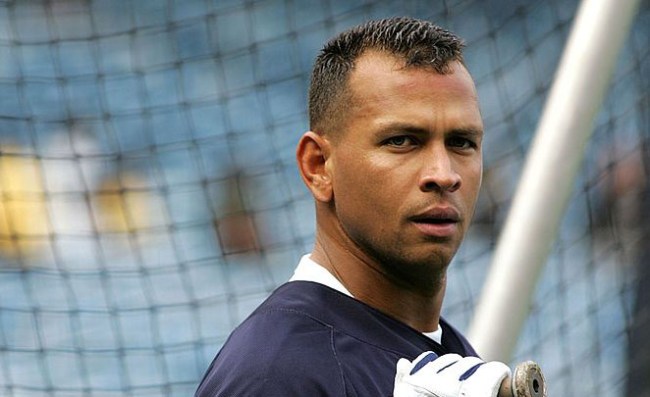 Alex Rodriguez covers Sports Illustrated’s annual “Where Are They Now” issue and inside he addresses numerous topics including his infamous 2014 suspension for PEDs, how he’s handled his post-baseball life, regaining a level of respect in the baseball community, dating Jennifer Lopez, and more.

“Five years ago he thought he was ruined, and so did everybody else,” writes Sports Illustrated’s Ben Reiter. “‘This is f—— bulls—!’ he had screamed before storming out of Major League Baseball’s offices and into the barricaded media circus awaiting on Park Avenue, thereby ending his participation in arbitration hearings that would result in his being banned for the entire 2014 season.”

So how did someone once so loathed by sports fans make it back to where Rodriguez finds himself today? Good question.

“I was sitting there crying,” Rodriguez recalled about watching the Yankees’ 2014 Opening Day on TV without him. “It was torture. It was like being a masochist. I was broken, dead, tapping out, thinking crazy things.”

Fast forward five years and Rodriguez is all over the place, in the booth for ESPN’s Sunday night baseball games, doing work for Fox during the MLB postseason, a shark on Shark Tank, and followed by more than four million people on social media.

Again, how did he get here?

“I fell from the Empire State Building,” said Rodriguez. “Nobody pushed me. I f**king jumped. No parachute. I have no one to blame for myself. But what’s changed is, I got my ass humbled. I paid a deep penalty. I’ve learned lessons. And I’m different.”

Before his suspension, Rodriguez was considered by many to be a giant phony, and it turns out that he was, he admitted, “I had it backwards. I tried to say the right things, to be manipulative, instead of doing the right things.”

Now he’s doing things like giving guest lectures at Stanford’s Graduate School of Business and attending the Oscars and Met Gala with his girlfriend Jennifer Lopez and wonders, “How the f**k did I get here?”

“Remember: I went to prom, and a few months later I’m in Fenway Park, facing Roger Clemens,” he recalled. “I’m still a boy, and here I am having to play with people who are twice my age. I felt this fake bravado. Physically, I was ready, because I was a man-child. But not emotionally. Then you go on this ascending road for 20 years, along the way you make hundreds of millions of dollars, it’s f**king hard to have some reality, some self-awareness. In college, you get four years to get things out of your system, to grow, to learn. I don’t know what that’s like. The sabbatical — my time off, when I served my suspension — really taught me things that I should have been learning at 19, 20, 21 years old. Things that a good whipping in the butt from my dad would have helped with.”

Never underestimate the power of a good butt-whooping, even a metaphorical one.

Read the entire in-depth and fascinating piece over at SI.com.