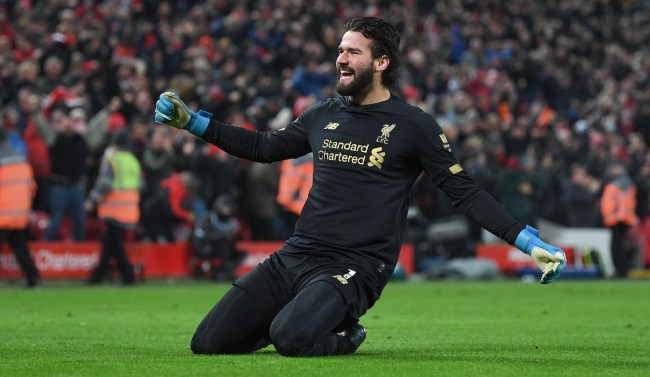 Soccer is my favorite sport. I am hardly shy about it, as I desperately try and work in articles about “the footy” here on BroBible whenever I can.

But nevertheless, I forge forward — it’s the biggest sport in the world for a reason, I’m sure there are plenty of people out there who also care about the sport, and lastly, fuck ’em, ya know?

Plus, sometimes, there are stories like these that I simply must share due to their sheer outrageousness.

Currently, the best team in the world of soccer is Liverpool Football Club. The current Champions League winners — essentially like winning the Super Bowl of soccer — the Reds are currently on track to win their first Premier League title in 30 years, which is truly astounding considering they’re one of the world’s most iconic clubs.

But as much as I’d like to wax lyrical about this historical Liverpool side, that isn’t why we’re here. We’re here because, as I was scrolling through Twitter in the midst of my morning dump sesh as I so often do, I came across a stat that is so uniquely mind-bending that I simply felt compelled to share it.

Since returning to Liverpool’s starting line-up on December 7 (he missed the previous match due to a red card suspension), Brazilian goalkeeper Alisson Becker has conducted more baptisms (two) than he has given up goals (one).

That’s right, over the course of the last two months, a professional goalkeeper in the world’s most competitive and grueling league has helped others find God more often than he has given up a goal. Just astounding.

Unbelievable… Alisson has conducted more baptisms in past 3 months (2) than he has conceded goals (1). https://t.co/8f1sXj3ZxT 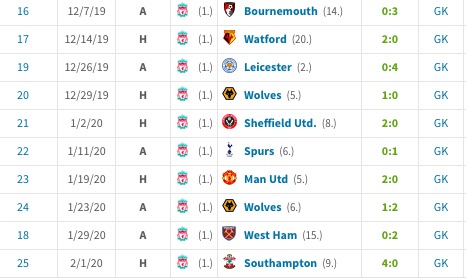 The first of the baptisms was that of his teammate and fellow Brazilian Roberto Firmino, who underwent the holy experience in mid-January. The clip went instant viral amongst the global soccer community, as Alisson could be seen in tears following the ceremony. Then, just this weekend, the all-world keeper performed another baptism on the wife of Manchester United midfielder Fred.

Alisson was already widely regarded as the preeminent goalie on the planet, but now that he’s out here literally spreading the word of the lord more often than he’s letting goals into his own net has elevated his status as the world’s best to a legitimately comical level.