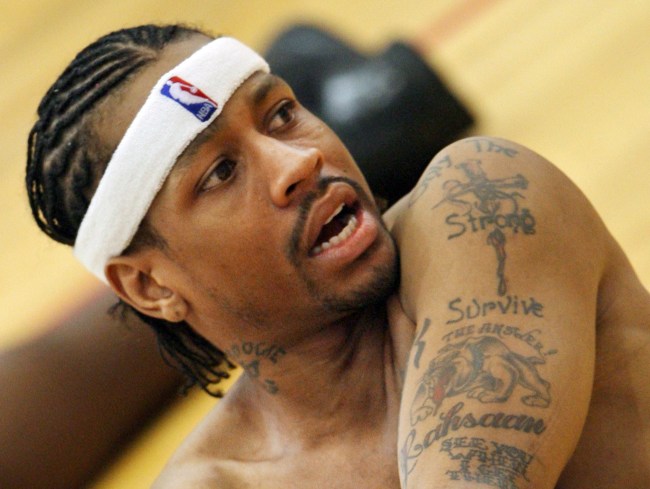 In the light of The Last Dance documentary, it’s an interesting thought experience to replace Ron Harper with Allen Iverson and try to imagine the relationship Jordan would have with a supremely talented point guard who had a tendency to cut corners.

In 2016, Iverson admitted something that is punishable by death in Jordan’s eyes: “I would never lift weights, and train and stuff like that because shit was too heavy.”

Iverson was known to miss practices, and skip out on hitting the weight room consistently, but a recent revelation made by Larry Platt, author of Iverson’s biography Only The Strong Survive, may take the cake. Or the Loaded Taco Grande Burrito.

“There [was] a moment where he disappears from practice because his guy Gary Moore had Taco Bell outside in the little hallway [at the practice facility],” Platt told Rich Hofmann of The Athletic. “Allen goes out, downs a few burritos, and then comes running back in and rejoins the scrimmage.”

Allen Iverson once left practice because he wanted to go on a Taco Bell run 😂 https://t.co/pOYTHT3kVy pic.twitter.com/7c8EYJ3VO8

“There was a reason we took him [to Taco Bell] when they would do the “Fan Day” (events), where they would stick players in different parts of the city.”

Can you imagine housing a stoner’s feast from Taco Bell and then going back to practice to run suicides? I wouldn’t wish that on my worst enemy’s butthole.