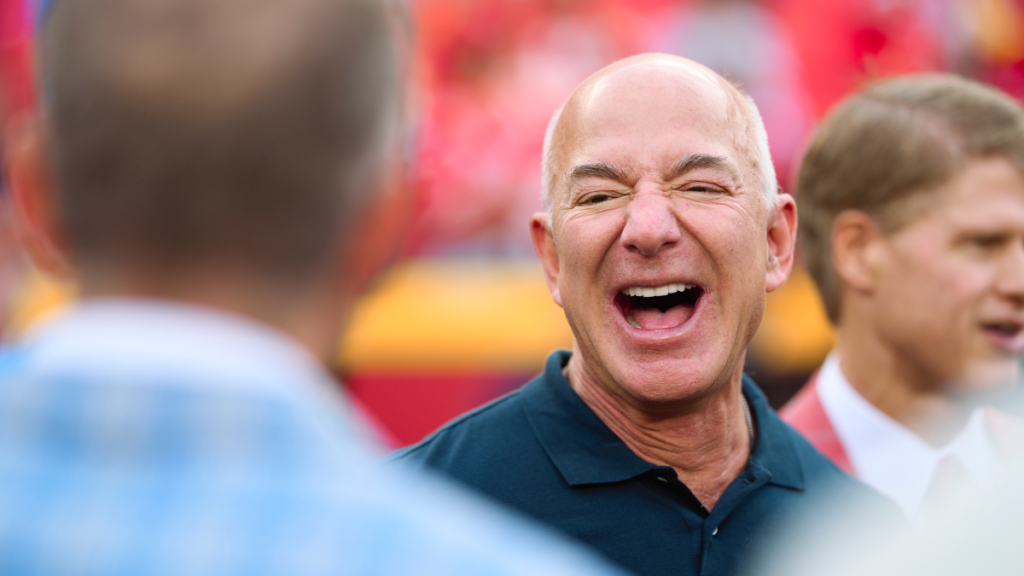 In the U.S. of A., the NFL is KING. It is the most popular professional sport in this country and it’s not even close. So when the NFL partnered with Jeff Bezos and Amazon Prime to exclusively stream Thursday Night Football it raised a lot of eyebrows because it drastically limits the potential viewing audience by creating a $139/year barrier to entry…

Amazon Prime wasn’t worried about ratings. They boasted to advertisers that they’d generate an average of 12.5 million streams each week. And in order to quasi-certify those ratings, Amazon Prime enlisted the services of Nielsen to track online streaming ratings for the first time.

Well, Amazon Prime beat their expectations, just barely. According to Mike Florio, Amazon Prime over-delivered on Thursday Night Football ratings by half a million viewers but they still fell insanely short of last year’s numbers when TNF was on TV.

Nielsen, which was retained by Amazon to generate TV-style ratings for the non-TV broadcast of last Thursday’s Chargers-Chiefs game, has pegged the viewership for the game at 13 million.

Amazon raised eyebrows by telling advertisers that the Thursday night package would generate an average audience of 12.5 million viewers. Nielsen has, one week after the game was played, announced that the final number for Chargers-Chiefs was 13 million.

Nobody necessarily asked for a Dude Perfect alternate broadcast of Thursday Night Football on Amazon Prime but we're getting one anyway! Here's what the people are saying… https://t.co/GCsN0nDDrA

Of course, that game just so happened to fall on Christmas… But the Vikings-Saints TNF game the year prior drew 20.1 million viewers so it was up a LOT comparatively.

Ultimately, Amazon Prime’s goal here is subscribers. They bring in $139/year for every Amazon Prime subscriber. It’s unclear how Nielsen is accounting for multiple viewers per Amazon Prime account, but at $139/user and 13 million viewers, that’s $1,807,000,000 for Amazon on a Thursday night….