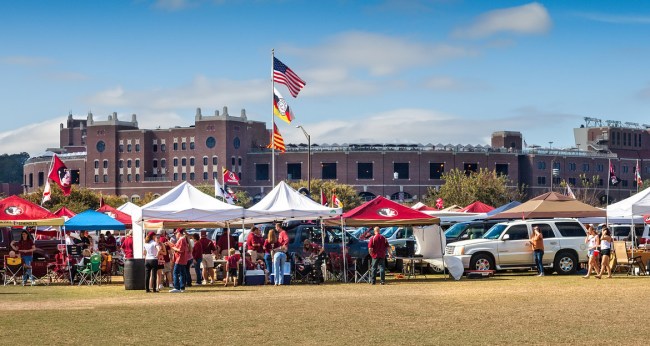 So, did you survive the first full weekend of football since Super Bowl LII? It was a doozy, wasn’t it? I hope you bet the chalk if you wagered on college football because the favorites really had their way on Saturday.

As for the pros, the biggest story of the day might be the fact that the Cleveland Browns did not lose for the first time since 2016.

But enough of my A+ armchair football analysis, let’s get to why you’re here, arguably the best part of football season returning: tailgating and football-watching parties.

First off, were you aware that September 1 was National Tailgating Day? No? That’s because it a completely made-up holiday to sell stuff. That being said, there are worse things to dedicate a whole day around.

So, with it now officially being tailgating season, or homegating season as is the case with many of us, the folks over at Offers.com wanted to find out what are the top tailgating trends for the 2018 football season.

As such, they did the legwork for us and surveyed 1,000 American consumers about their tailgating and game-day party plans.

• 61% of those surveyed prefer watching football at home or a friend’s house.
• 16% will watch football anywhere as long as there’s food.
• 12% hit up the bar or pub for their football-watching fix.
• 11% are more hardcore and do their tailgating right at the stadium.

Now, as for where these football fans shop for their tailgating necessities…

• 39% said they do their shopping at Walmart.
• 22% prefer to get their tailgating gear at Target.
• 9% head for Dick’s Sporting Goods.
• 6% fulfill their tailgating needs at Academy Sports + Outdoors.
• 4% said they make their preparations at Bass Pro Shops.

As for what these tailgaters are buying for sustinence, here’s a shocker, wings top the list of fan food favorites for 2018.

• 25% load up on wings as their football-viewing food of choice.
• 22% ask where’s the beef and cook up some burgers.
• 15% go for that gooey goodness we call pizza.
• 14% stick with our National Pastime’s signature snack and grill up some hot dogs.
• 13% are nutty for nachos.
• 11% head south of the border and spice things up with tacos.

Wonder how these football diehards are cooking up all the food?

• 44% utilize a full size grill.
• 20% pack a portable grill.
• 6% are technologically advanced enough to cook on a smart grill.
• 30% just say to hell with all that work and just buy their food pre-cooked and ready to eat.

Of course, when tailgating and eating all that good food you need something to wash it down, right? Guess what the number one tailgating beverage is?

• 53% responded with, you guessed it, beer.
• 15% break out the hard stuff (probably fans from Detroit and Cleveland) and stick to liquor.
• 13% mix themselves up a refreshing batch of sweet tea.
• 11% sip on wine or wine coolers.
• 8% think they are playing too and slam a little Gatorade. 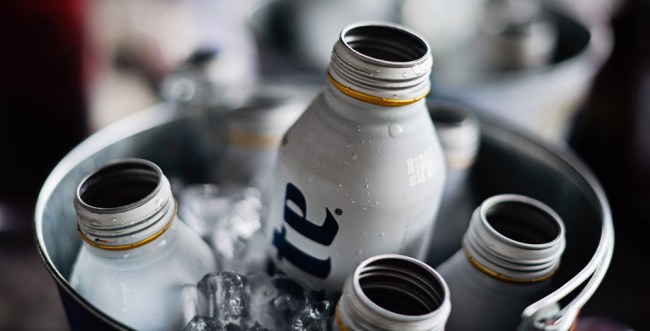 Managing how much you drink on game day is a delicate balance. Here’s how many alcoholic drinks those polled said they consume, on average, while tailgating.

What are people doing in between slamming drinks and chowing down? They’re playing games, of course.

• 49% of tailgaters say they play cornhole while partying.
• 16% go old school with games of beer pong.
• 11% play catch, be it with a ball or a frisbee.
• 10% prefer flip cup as their tailgating game of choice.

Now, here comes a very important question. Which type of football do people prefer tailgating at the most, NFL or college games?

Turns out, of those surveyed, 53% say they prefer college games this year, with men prefering college over pro 59% to 41%, while the ladies love them some NFL by a 52% to 48% margin. 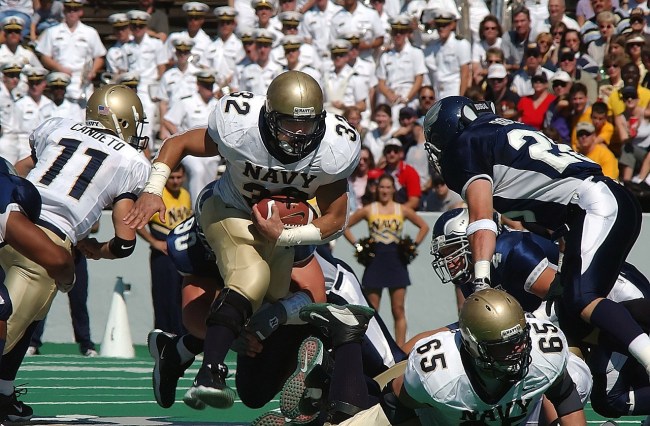 Any questions? How do these preference compare to what you do when tailgating on game day?

For more information about this survey, including state-by-state tailgating data, visit Offers.com.

Related…
• Get Ready For Football Season With Great Deals On Tailgating Necessities
• This Portable Smokeless Wood-Burning FirePit Is A Tailgating Game Changer
• The Portable BeerGater Serves Any Brew On Tap Without A Keg And Tailgates Will Never Be The Same
• This 2018 Nissan ‘Smokin’ TITAN XD’ Might Be The Most Perfect Tailgating Vehicle Ever Created
• Is ‘Shut Ball’ The Next Great Summer Beach, Backyard, And Tailgating Game?