Andruw Jones’ Son Is The No. 1 MLB Prospect For 2022 And Mashed Two MASSIVE Home Runs In A High School Game 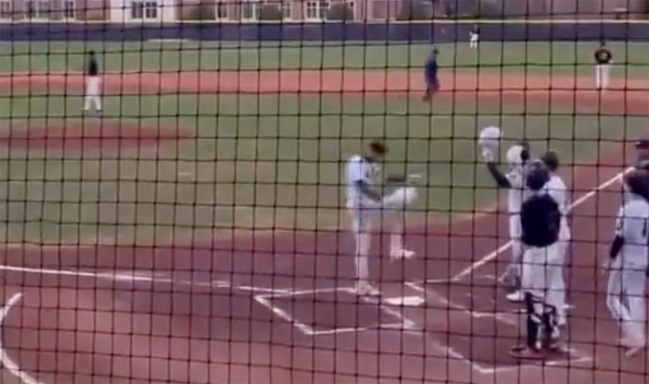 Former MLB star Andruw Jones should be an MLB Hall of Famer, but somehow, he is not. Now his son Druw has a chance to put their last name in the Hall of Fame.

At the young age of 18, Druw is currently a senior in high school. He is ranked the No. 1 MLB Draft eligible prospect for 2022 by MLB Network and the No. 4 overall player in his class by Perfect Game.

Jones plays centerfield just like his father. And not only can he field like his 10-time Gold Glove Award-winning dad, he can mash just like him too.

Although Jones is committed to play his college baseball at Vanderbilt, it is expected that he will be a first round pick and will go straight to the league. He has the MLB blood and is not just a name— he is carving his own path.

Jones began his final high school season on February 11 and went yard in the season opener. On Friday, he had himself a night.

In his first at-bat, Jones singled, stole second and then scored. In his second at-bat, he took a hanging breaking ball about 400 feet. He followed it up in his third at-bat and crushed his second dinger of the game.

They were both BOMBS. Take a look:

At the end of the day, Jones’ draft stock is all-but sured-up. He is going in the first round. However, if he keeps raking like he has thus far in 2022, he could make a legitimate case to go No. 1 overall.

The apple doesn’t fall far from the tree.