Andy Dalton Shared His Reaction To The Justin Fields Pick And Says He’s Not Nervous, But He’s Totally Nervous 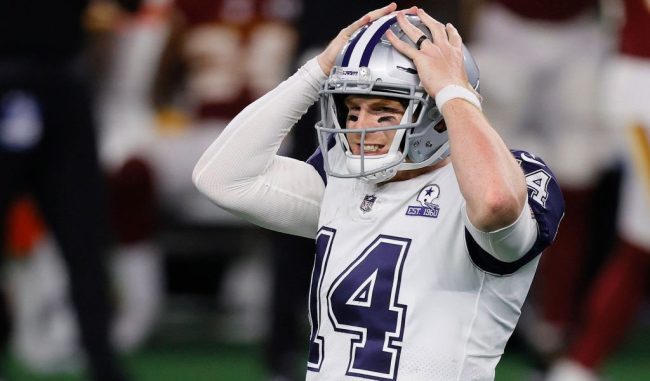 Andy Dalton signed with the Chicago Bears understanding that he would be the team’s starting quarterback in 2021. Remember the QB1 tweet?

Well, despite its commitment to the Red Rifle, the organization drafted Justin Fields with the No. 11 overall pick in the 2021 NFL Draft. Because of the decision to take a signal-caller, the question is not “if” Fields will take over, but “when” he will take over. Even after the team traded up to select the Ohio State quarterback, Dalton isn’t phased.

“I knew the situation I was going into, regardless of if they drafted somebody or they didn’t,” Dalton said during a press conference on Wednesday. “I was on a one-year deal and I was going to be the starter. My mindset didn’t have to change.”

Dalton plans to mentor Fields as best he can, but his scripted answers didn’t provide as much confidence in himself as perhaps he intended.

“I already knew that I’m going to do everything I can to be the best player I can for this team and to help us win a lot of football games,” said Dalton. “Whatever happens after this year happens. But my mindset didn’t change because they drafted Justin.”

While that’s all fine and well, doesn’t it sound a lot like something that someone who is scared to lose his starting job would say?

Regardless, Dalton is penciled in as the starter for now. He even took first-team reps during his first practice with the team.

However, Fields is literally breathing down Dalton’s neck. He has said before that he plans to “do everything he can to get the starting job.”

There’s a QB competition brewing in the Windy City and it’s going to be fun to watch play out!