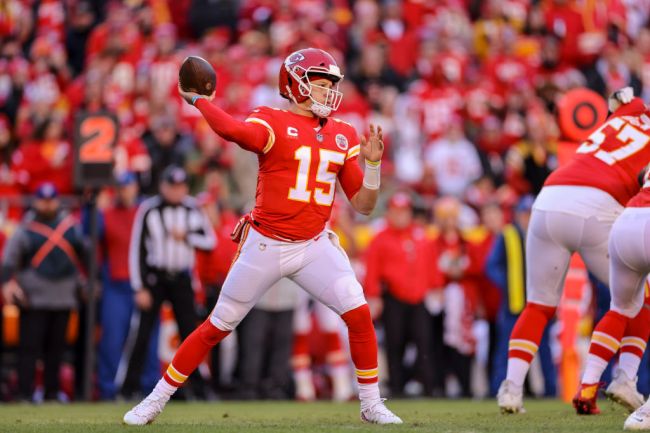 Mentorship in the NFL has become a popular topic of conversation around the football world since Ryan Tannehill revealed that he wasn’t interested in mentoring Malik Willis. Since then, he has been called out by a few fellow football players.

What we haven’t really heard a whole lot about since his comment is quarterbacks who were truly helped by a player who took them under their wing early on in a successful career. That seems to have changed recently as Andy Reid revealed that Patrick Mahomes benefited quite a bit from the mentorship of Alex Smith.

Reid revealed that Smith chose to help Mahomes out without even being directed to do so by the coaching staff while talking to Colin Cowherd late last week.

"I told Alex, 'Go out and have the greatest year you've ever had. You don't have to teach Patrick. We're here to do that as coaches.'"

Here is what Reid had to say about the relationship between Mahomes and Smith.

“I told Alex, ‘Man go out and have the greatest year you’ve ever had and to you don’t have to teach Pat. We’re here to do that as coaches. You’re out there to go produce and win games and do the best you possibly can for your team.’ And so that’s the way we approached it with him. Now Alex by nature, though, was the greatest thing that ever happened to Patrick Mahomes.

There are different ways to do this thing, whether you play the player right now or some behind a veteran player. Alex was perfect for that. Alex did let Patrick into his world without being forced on it or anything and he let Patrick in it. Patrick handled it the right way and didn’t step in the way of Alex and what he needed to produce and had respect for him. So it worked out perfect. I didn’t have to say a whole lot other than, ‘You go play and go win games, let’s go win a championship. and do the best you possibly can do at the quarterback position.”

Smith was pretty impressively able to balance this mentorship with his on-field performance that season. He racked up just over 4000 yards and 26 touchdowns while helping the Chiefs secure a playoff spot. Mahomes would then take over the starting job the next season and Smith moved on to start for Washington.

If the Titans have heard about the impact Smith had on Patrick Mahomes, they might already be talking to Tannehill about changing his stance on mentorship.