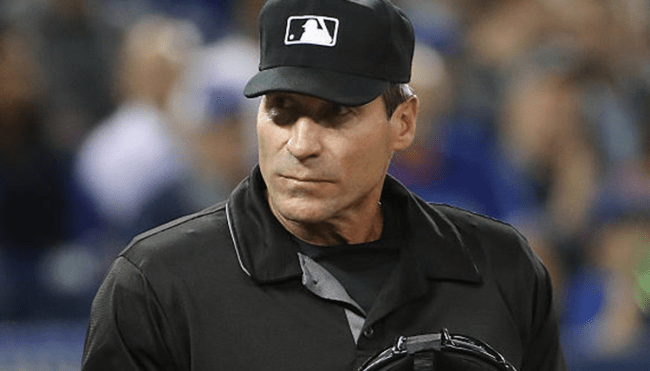 Angel Hernandez has spent the past three decades working as a Major League Baseball umpire and can credit his longevity to the private investigator he’s presumably kept on retainer to dig up the dirt he’s deployed to blackmail Bud Selig and Rob Manfred, as there’s really no other way to explain how he still has a job.

Hernandez initially garnered a reputation as a humorless authoritarian when he was making his way up the ranks in the minor leagues before establishing himself as one of the most impressively inept umpires in the history of a league filled with the brim with people who became household names for all of the wrong reasons.

As a result, I come to you with a very heavy heart to relay what unfolded at Yankee Stadium on Thursday night, as Hernandez—and I still can’t believe I’m typing this—actually did something pretty cool after a young fan got drilled by the home run ball Giancarlo Stanton sent into the front row of the right field stands in the eighth inning.

As you can see, the kid in question took the dinger straight to the dome, but thankfully appeared to brush it off fairly quickly after whiffing on the catch.

It would appear Hernandez saw what went down, as he went out of his way to pay the fan a visit after the inning ended and threw him a ball as a consolation prize.

Props where props are due.