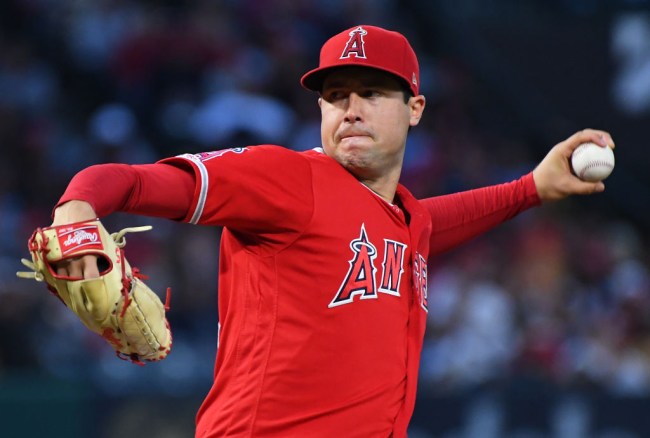 It took longer than it probably should have for medical professionals to realize that giving patients the highly-addictive opioids they used to prescribe without a second thought because the pharmaceutical industry assured them there was no way anything bad could happen wasn’t the wisest decision, but by the time they figured that out, America was already in the throes of a full-blown epidemic.

The primary reason why painkillers like Vicodin and OxyContin used to be so easy to obtain is because they did a damn good job living up to that label and an even better job getting patients hooked, and when doctors stopped giving them away like candy on Halloween, many people were forced to turn to the black market in search of pills only to frequently discover doing heroin was a far more economical option when it came to getting their fix.

Authorities may have cracked down on opioid suppliers but that did jack shit to address the crippling addictions of the users dependent on them, which led to the market being flooded with products laced with fentanyl and other substances that made a dire situation even worse. People who obtained drugs from illicit sources no longer had any idea what they were putting into their bodies but that sure as hell didn’t stop them from using them anyway—with often fatal consequences.

The opioid epidemic has claimed the lives of people from every walks of life and the world of sports is no exception. Teams were once more than happy to supply players with pills to treat any pain that might get in the way of doing their job, and while the practice is no longer as widespread as it once was, being a professional athlete also makes you especially predisposed to the kind of injuries and subsequent surgeries that make those drugs an ideal candidate for treatment.

Details concerning the death of former Los Angeles Angels pitcher Tyler Skaggs last July were initially fairly murky, as the 27-year-old had undergone Tommy John surgery in 2014 but the franchise said no one in the organization had prescribed him with anything that could’ve contributed to an overdose stemming from a fatal combination of alcohol, fentanyl, and oxycodone.

A couple of months later, it was revealed there was evidence a team employee may have been involved, and shortly after, a report surfaced identifying the man as Eric Kay, a former director of communications who told the DEA he had done drugs with Skaggs in the past and had attempted to bring his abuse to his employer’s attention.

On Friday, Kay was officially charged with supplying the pitcher with the pills he presumably consumed on the night of his death and we were provided with more details about the events leading up to it thanks to an affidavit that asserts Skaggs asked Kay to bring some pills to his hotel room that prosecutors say were laced with fentanyl that played the primary role in his death.

From the affidavit in support of the complaint against Eric Kay: "It was later determined that but for the fentanyl in [Skaggs'] system, [Skaggs] would not have died."

Key paragraph in court documents regarding Eric Kay and Tyler Skaggs: Kay allegedly distributed pills to Skaggs and others "in their place of employment and while they were working." pic.twitter.com/BXaiqqsriF

The Angels released a statement distancing themselves from Kay and once again stressed they had no knowledge of Skagg’s history of opioid use despite the claims of their former employee.

Statement regarding the recent developments in the Tyler Skaggs investigation: pic.twitter.com/fI0b3i3pba

There are still plenty of questions to be answered but it will likely be a while until we see how this incredibly sad situation ultimately plays out.