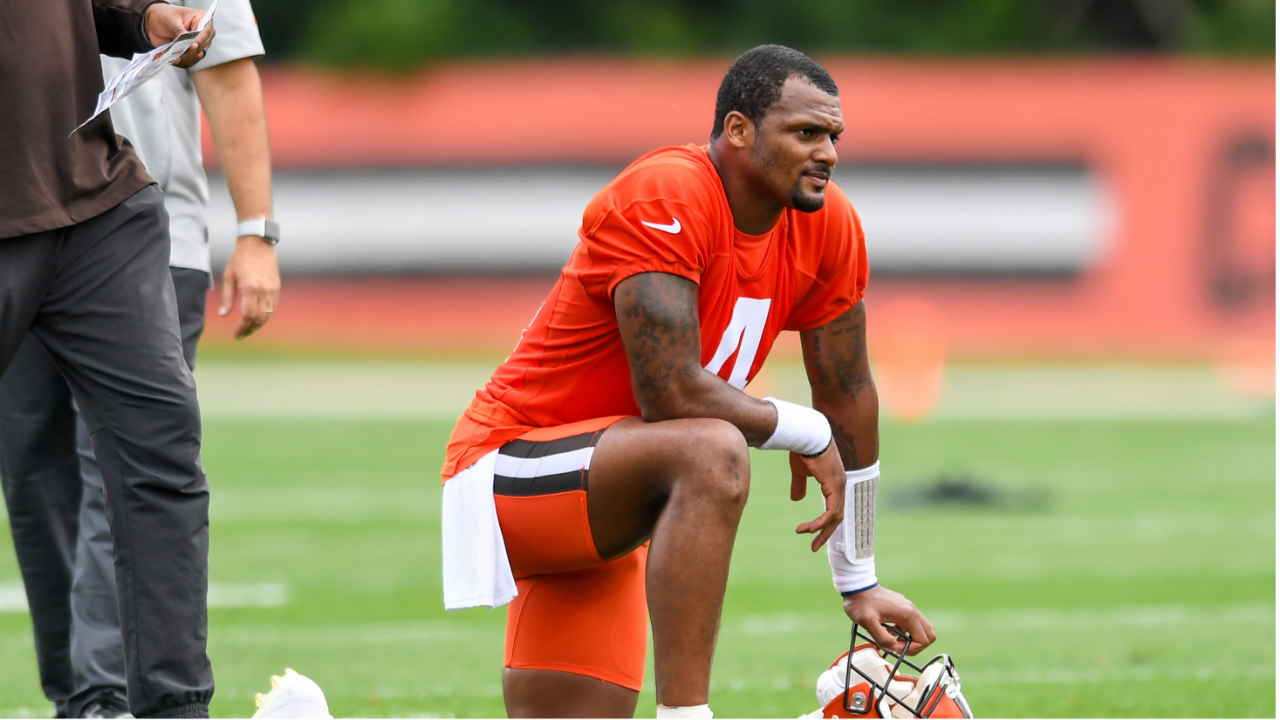 Deshaun Watson is still facing a lengthy suspension from the NFL despite settling a majority of the lawsuits against him.

On Tuesday, lawyer Tony Buzbee announced that 20 of 24 women who sued and accused Watson of sexual misconduct had settled their lawsuits for a confidential amount of money.

Browns QB Deshaun Watson has settled 20 of 24 cases against him with women alleging he committed sexual misconduct, lawyer Tony Buzbee who represents the women says in a statement noting the terms will remain confidential.

Tony Buzbee announces in a statement that all but four of the civil lawsuits against #Browns QB Deshaun Watson have been settled pic.twitter.com/Ye3HoQi05h

NFL spokesman Brian McCarthy immediately came out and said Watson settling his lawsuits would not have impact on the NFL’s decision to punish the star QB.

Today's developments between Deshaun Watson and his accusers "has no impact on the collectively bargained disciplinary process," per NFL spokesman @NFLprguy.

One anonymous NFL exec has reportedly indicated that a lengthy suspension is still in order for Watson.

Regarding Deshaun Watson, a league official told me “settling doesn't give someone a pass" and indicated a lengthy suspension remains in order.