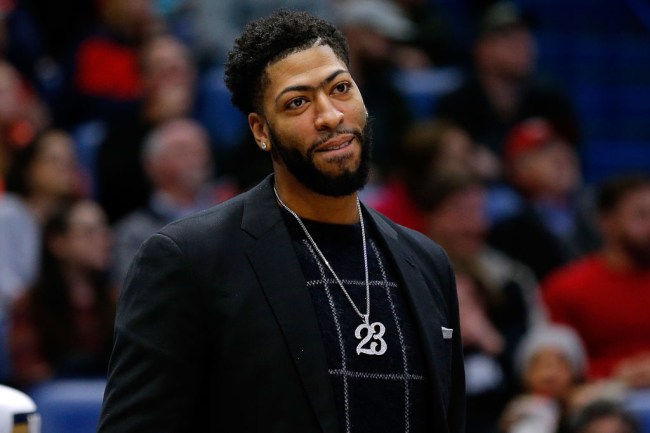 Back in December, rumors started to swirl that it was only a matter of time until the Pelicans sent Anthony Davis to the Lakers, and in the ensuing months, we were treated to some of the best NBA drama in recent memory.

In January, the New Orleans superstar announced he and his unibrow were hoping to head to greener pastures and the Lakers responded almost immediately with a trade package they’d likely had ready ever since LeBron shamelessly recruited Davis to come to Los Angeles.

While AD might have wanted a change of scenery, the Pelicans were on an entirely different boat and the team’s GM decided to straight up ignore calls from the Lakers as they angled to get someone who could help save what would turn out to be a waste of a season.

L.A. eventually decided the hassle wasn’t worth it and it was eventually revealed New Orleans had just been fucking with the Lakers the entire time.

While the drama was unfolding, the Pelicans went to some incredibly petty lengths to distance themsevles from their star player, and on Tuesday night, Davis decided to repay the favor by rolling up to the arena wearing a “That’s All Folks” t-shirt to fire a shot at the team.

I can’t lie, Anthony Davis wearing a “That’s all Folks” shirt for tonight is kind of hilarious pic.twitter.com/4XC0UPWWnz

Davis—who is still under contract next season—was eventually asked about his choice of attire and had a fantastic response prepared.

Anthony Davis says his That’s All Folks shirt was just hanging for him when he got dressed. Doesn’t know who put it there.

“Looney Tunes was my favorite cartoon.”

The Brow is the latest NBA player to use his outfit to throw shade, as the likes of Russell Westbrook and Draymond Green have harnessed similar passive-aggressive ensembles.

As @royceyoung points out, one of Kevin Durant's hobbies is photography. pic.twitter.com/flaJz9GPTM

I love the NBA.