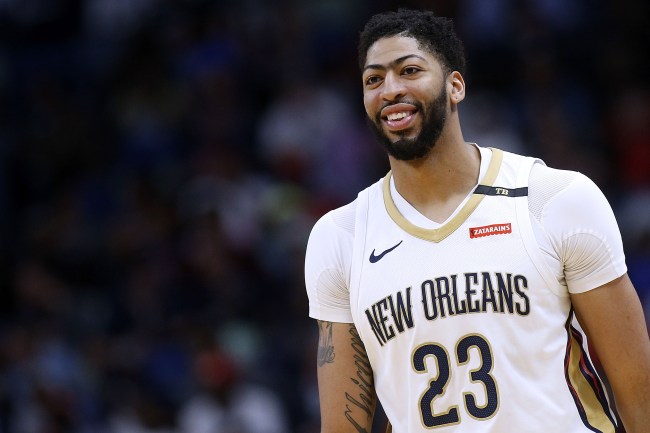 The NBA trade deadline is just a few hours away, and while we’ve already seen a few noteworthy transactions in the weeks leading up to it, there’s one particular situation we’re keeping a closer eye on than any other.

Rumors concerning Anthony Davis have been swirling for a few months now after he slowly came to terms with the fact that he’s not going to get shit done by playing in New Orleans.

Earlier this season, there was chatter that a trade sending Davis to the Lakers was imminent but the superstar is still with the Pelicans (at least at the time of this writing). However, this has nothing to do with the efforts of Los Angeles, which has been doing everything in its power to give LeBron James some much-needed support.

It’s been more than a week since the internet exploded when Davis officially requested a trade and it didn’t take long for the Pelicans to whip up a list of demands. Since then, the Lakers have put together a number of monster offers and haven’t been ashamed to show just how thirsty they are.

Davis has made it pretty clear he’d like to end up on the West Coast and Los Angeles has plenty of incentive to make it happen. Unfortunately, they’ve run into a bit of trouble in the form of the Pelicans front office, which has reportedly been straight up negging them as the deadline looms.

On Tuesday, Magic Johnson hinted his club was done pursuing Davis after New Orleans rejected the best offer to date, but if a new report is to be believed, the Lakers never had a shot in the first place and were simply being trolled this entire time.

The origins of the trade can be traced back to the night when LeBron invited Davis to dinner and was slapped with accusations of tampering by the Pelicans. Now, according to Deadspin, it looks like the Pelicans decided to do some tampering of their own by toying with the Lakers over the past couple of weeks and stirring up some major drama within the organization in the process.

Brian Windhorst spoke to Rachel Nichols on Wednesday to lay out his theory that New Orleans was playing mind games by leaking info and drawing out negotiations and had a bigger impact than they ever could have anticipated.

“It’s not just possible, it’s what happened. I know that the Pelicans, you know—the Pelicans had a method to their madness, in the way this went. Did they know it was gonna lead to a 40-point loss, because everybody’s upset? Not necessarily.”

Take notes, friends. This is what 4D Chess really looks like.