The Helmet Antonio Brown FINALLY Decided On Got Roasted By So Many People, Including His Teammates 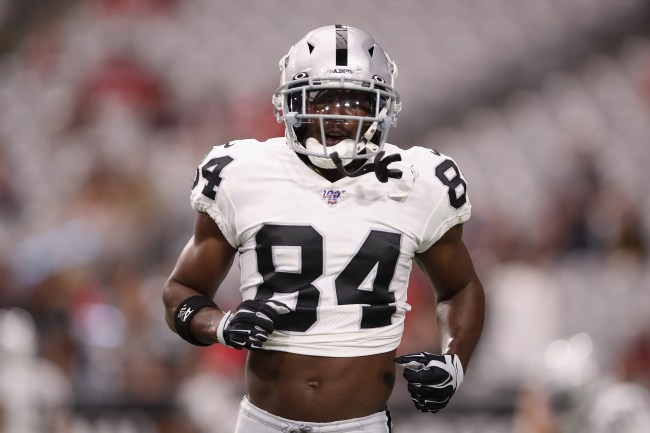 Antonio Brown has been a real pain in the ass for the Oakland Raiders since being traded to the team by the Pittsburgh Steelers earlier this year. Whether it was attacking his former mates — specifically calling out Ben Roethlisberger — getting into a freak cryotherapy accident that left his feet frostbitten, threatening to retire over his helmet, or, more recently, calling out his own front office for fining him over missed time, the All-Pro might not be worth the headache he’s giving the Raiders.

While Brown has yet to even take an official snap with the Raiders, he’s still been the talk of the franchise. More specifically, he’s been the elephant in the room by adding additional drama to this season’s Hard Knocks series, where Oakland’s been featured. And, with the series finale now streaming on HBO, we get a little insight as to how things went down with Antonio Brown and his teammates.

After the summer drama, Raiders’ WR Antonio Brown has opted to play this season in a Xenith Shadow helmet. Brown believes the Xenith Shadow makes him feel more agile and comfortable, and allows for better visibility.

With the announcement that Brown landed a new endorsement deal after complaining about his helmet situation — with the wideout inking with the Xenith Shadow helmet — people had jokes after seeing the, uh, futuristic-looking design. Naturally, this included some of Brown’s teammates, who gave AB crap for wearing something that looked like a “mini fridge,” as one player described it on Hard Knocks.

Antonio Brown’s teammates weren’t the only ones busting his balls about the helmet, though, because, once the Internet saw the piece of plastic responsible for protecting his dome, people had plenty of jokes. Here’s what some people on Twitter were saying after the player revealed the Xenith Shadow to the world.

Here’s to hoping the helmet does its job and keeps Antonio Brown safe. Given his strange behavior over the past few months, many actually thought that the guy might already have a brain injury — which, hopefully, isn’t the case — so let’s just attribute his behavior to Brown being Brown, and nothing more serious than that.