Antonio Brown Keeps Waffling, As WR Tweets He Now Wants To Return To NFL After Pledging He Was Done 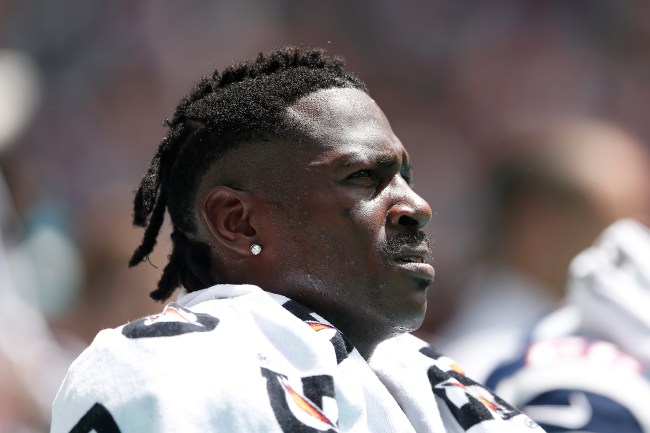 Antonio Brown just can’t seem to make up his mind about an NFL comeback or not, as the embattled wide receiver (once again) used social media to show how emotional he is that he’s not currently in the league. While that may not totally be up to him — as he’s dealing with serious sexual assault allegations and teams seem to be waiting to see what happens — it’s clear that the All-Pro wideout is frustrated.

After proclaiming earlier in the day that he was done with the NFL in a NSFW rant, Antonio Brown reneged on that tweet, deleting the message and replacing it with one that may show his true feelings, as Brown opened up about his desire to play again if given the chance.

I'm just very frustrated right now with the false allegations and slander to my name. I love football and I miss it. I just want to play and I'm very emotional about that. I'm determined to make my way back to the NFL asap

The tweet is just the latest in bizarre social media behavior from Brown, who continues to try to get any and all the attention that he can as he waits to hear what happens next for both his personal and professional life.

To get you all caught up on what Antonio Brown has been doing — and this is just in a span of about 12 hours or so — the current free agent first tweeted a hype video showing him working out, leading many to believe he was coming back, then he got served a notice from a sexual assault victim’s lawyer, then it was reported he’ll speak to the NFL about the allegations against him, and, finally, he went on an epic rant ripping the league and saying he was done; with the tweet since being deleted.

Clearly, Antonio Brown is a little confused on what he actually wants, and, while he’s as talented as any wide receiver in the NFL, the fact that he’s proven to be a little messed up in the head over the past nine months or so doesn’t necessarily bode well for his return. Then again, the NFL loves talent, so it’s no wonder that teams are reportedly inquiring about the guy as more info is released about his sexual assault allegations. Overall, it’s a sad situation for everyone involved.