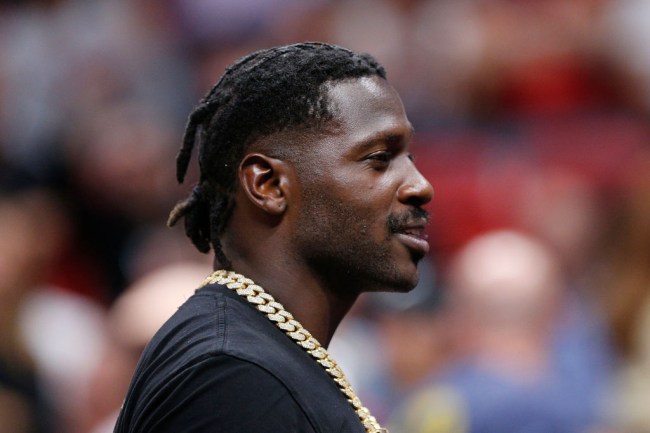 Two months ago, Antonio Brown found himself without a home in the NFL for the second time in less than two weeks when the Patriots decided to part ways with him shortly after the Raiders did the same thing, which sparked an ongoing saga that seems like it will never come to an end.

New England opted to release the wide receiver after multiple women came forward to accuse him of sexual misconduct (allegations that Brown denied), and since then, he’s devoted his time to spending far too much time online while attempting to make it back into the league.

However, Brown has seen his comeback attempt hampered thanks to the NFL, which decided to take its sweet damn time investigating the accusations, and while he hasn’t officially been placed on the commissioner’s exempt list, he’s clearly not thrilled about the de facto suspension.

The embattled player finally got the chance to tell his side of the story last Wednesday when he sat down with league investigators for eight hours, and now, Pro Football Talk reports a source informed them Brown believed the meeting went well and that he’s optimistic he’ll be able to return to the league before the end of this season.

However, as of last week, Brown had reportedly not turned over all of the evidence the NFL had requested related to the cases against him and those in the no said his lack of cooperation would likely keep him sidelined for the year (if not longer).

The wide receiver previously said he was over the NFL before he swiftly decided to change his tune and there are reportedly at least a couple of teams who are still interested in signing him.

Let’s just hope the CTE he probably has doesn’t manage to get worse if he does end up making a return.