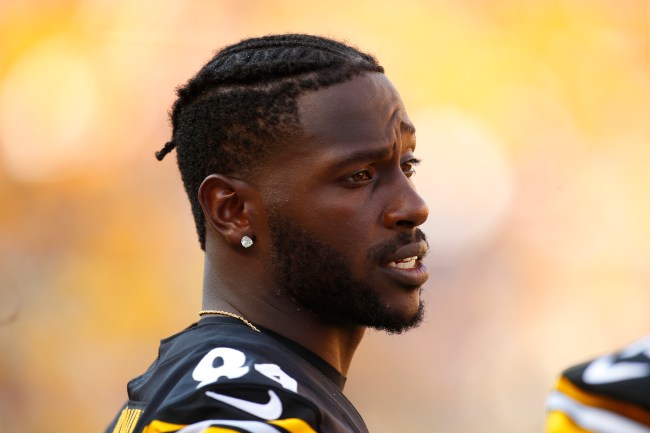 Antonio Brown just can’t seem to let go of his past. After the talented wide receiver’s trade requested was granted by the Pittsburgh Steelers a couple weeks ago when they shipped him off to the Oakland Raiders, the dude’s still having a hard time holding back his bitterness with how things ended.

The most recent example came today, when Antonio Brown took to his typical place for communicating, Twitter, where he called out the Steelers for how the treated him towards the end of his tenure there, specifically saying the team traded him in the middle of the night. Take a look below at Brown’s message.

Trade you off the team why you in your sleep ! Y’all showed me nothing guaranteed! #84/7

This is, of course, strange AF. I mean, c’mon, Antonio Brown was the one who said he didn’t want to play for the Steelers anymore, then shared photos of him and the franchise’s owner as a way to make it seem like things were all good. For some reason, though, the dramatic wideout just can’t let go of his former team — and Twitter took notice.

Given the details of Brown’s trade request and his apparent happiness as a member of the Raiders now, social media clowned Antonio Brown for the latest tweet. Here’s what some people were saying in response.

Hasn’t been the same since this happened pic.twitter.com/7df9kosjfi

Been a week without attention I see

It’s not like u requested a trade or anything…

This guy makes no sense lmao😂😂😂😂

You requested the trade…… pic.twitter.com/mzxCVjFCSu

time to let it go. dont be that raging ex

Kanye West of the NFL.

Look, Antonio Brown became one of the best wide receivers in the NFL as a member of the Pittsburgh Steelers, the shock that he’s no longer playing for them is still fresh and, presumably, he may be having some reality checks now that he’s no longer with them. But as some of the Twitter replies above pointed out, this dude sounds like a bitter ex-boyfriend who just can’t stop thinking about his former gal. Time to move on, bro, because you just keep looking more and more petty every time you talk about the Steelers.