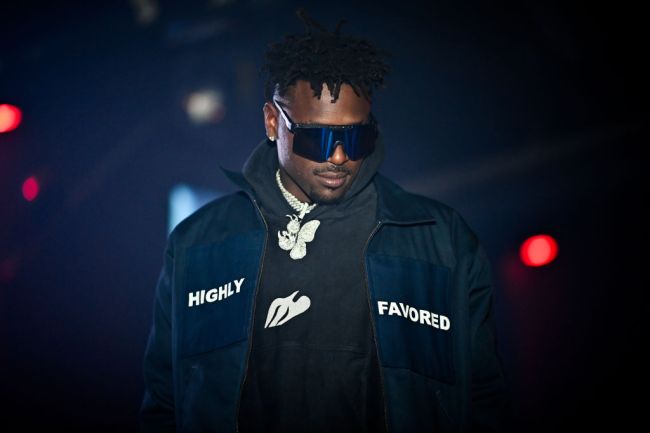 Just when football fans began to think that this offseason couldn’t get any crazier, they were presented with yet another shocking offseason move. For over a year now, we’ve known that Deshaun Watson didn’t want to be a Houston Texan anymore. We just didn’t know where he would end up. That became even murkier with his legal issues.

With him no longer being under criminal investigation, the Texans were free to explore trade options and it seemed he had narrowed the list down to the Atlanta Falcons and New Orleans Saints. That was until today when the Cleveland Browns seemingly came from out of nowhere to land him in a massive trade and signed him to a huge extension.

Now it seems that there is one player out there who wants to add to the craziness of this story. After Watson was traded to the Browns, Antonio Brown took to Twitter to express his desire for them to become the Cleveland Antonio Browns.

It’s honestly not the most far-fetched idea. The Cleveland Browns have made it abundantly clear they won’t shy away from controversy. They signed Kareem Hunt while he was facing a suspension after a video surfaced of him kicking a woman.

Now they have made a massive trade for Deshaun Watson while he could be facing a suspension for the off-field allegations against him. Antonio Brown isn’t facing a suspension as far as we know, but he certainly has a checkered past and left his last team by storming off the field, shirtless, in the middle of a game.

On the field, Brown would be a great option for the Browns. Amari Cooper is the only viable starting receiver on their roster right now. Pairing Brown with Cooper would make the Browns offense extremely potent.

The drama continues to build in the NFL.