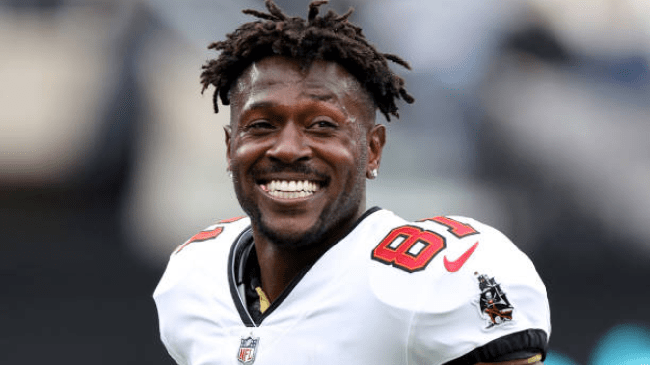 The Week 2 matchup between the New Orleans Saints and Tampa Bay Buccaneers took an unexpected turn when some trash talk between Tom Brady and Marshon Lattimore led to a fight breaking out.

In the aftermath of the fight, Evans and Lattimore were both ejected and Evans got a one-game suspension from the league for his actions. However, he wasn’t the only member of the Bucs whose actions the league was taking a look at afterwards.

The NFL was also very interested in the actions of former Bucs head coach and current senior football consultant, Bruce Arians. In videos of the incident, it appeared that Arians encouraged Evans to go after Lattimore.

In response, the league sent a warning letter to Arians regarding his involvement in the fight.

Per source, the NFL sent a warning letter to Bruce Arians and the Buccaneers regarding his sideline activities on Sunday. Said the source as to Arians's behavior moving forward, "He'll comply." https://t.co/7VE694OnC6

Now Antonio Brown has shared his reaction to his former head coach getting a warning from the league.

Brown and Arians have quite a bit of history from Brown’s time in the NFL. Arians was the offensive coordinator for the Steelers for the first couple of years of AB’s career.

They were reunited years later in Tampa with Brown serving a suspension for some off-field issues and Arians servings the head coach of the Bucs.

That reunion ended with Antonio Brown leaving the team in the middle of a game against the Jets. Brown later claimed that Arians kicked him off the team because he wouldn’t play through an injury.

It seems that all of that history has led to Brown enjoying seeing his former coach get warned by the league for his conduct on the sideline.