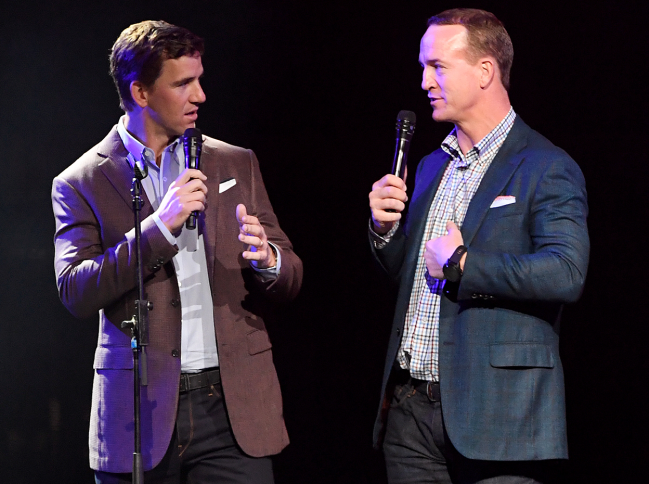 Arch Manning ended his insanely scrutinized recruiting process on Thursday and committed to the University of Texas. It was done without any pomp or circumstance.

To announce his decision, Manning posted his first — and only — tweet. Eight words and a picture of himself in a Longhorns shirt.

Committed to the University of Texas. #HookEm pic.twitter.com/jHYbjBaF5K

In an age where social media plays such a large role in recruiting and in day-to-day life, there have been a lot of crazy commitments in recent years — whether it be on the traditional three hats on a table, a fancy graphic will all kinds of intricate details, or skydiving out of an airplane.

Manning’s commitment didn’t have any of that. He simply stated his decision and called it a day. No interviews, not television primetime special, nothing.

That’s just not who he is. By all accounts, Manning is simple, kind, and focused on the task at hand. He isn’t worried about all of the noise and he wasn’t even on social media until recently.

Arch’s uncle Eli spoke to that notion on Friday and he took a jab at his brother Peyton in the process. When asked about his nephew’s simple commitment at the Manning Passing Academy, Eli shared what he thought about the low-key announcement.

“That’s more Peyton’s style, kind of the flash and the press conference,” Eli said. “He had a press conference at a bar his high school year to decide where he was going. So I think Arch has been very under the radar, just keep things simple. People were kind of expecting a lot, but that’s not his style. I think he was just ready to be done with it and say, ‘Here’s where I’m going, let’s end this thing and let me enjoy my senior year of high school.’”

Eli’s sentiments has been the case throughout the entire process. As Arch’s every move was documented throughout his recruitment, he stayed out of the media, stayed away from the spotlight and kept to himself. Now that the whole thing is done with, he’s focused on enjoying the moment and having the best senior year possible.