Arch Manning’s Competitive Drive, Kindness, And Humility Stand Out As Spotlight Gets Brighter 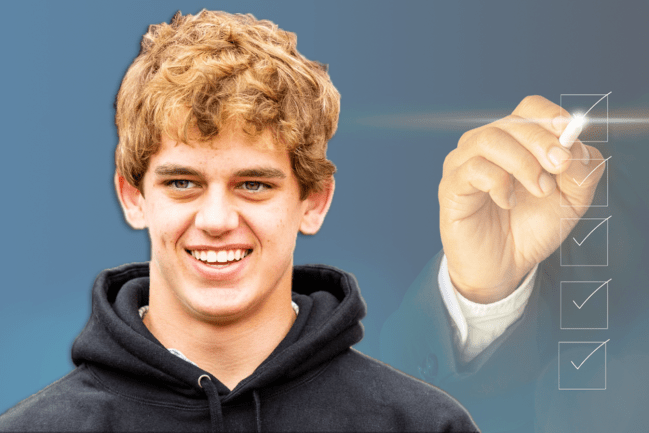 As the No. 1 recruit in the Class of 2023, the grandson of Archie, and the nephew of Eli and Peyton, Arch Manning’s recruitment is amongst the most highly-scrutinized in history. Despite how difficult it may be to keep a collected mind, he is staying very grounded.

Over the next few weeks, once he wraps spring practice at Isidore Newman, Manning will be very busy. The month of June is crucial for his process and if he decides to get on a college campus sooner than later, he has been afforded that luxury.

Arch’s father, Cooper Manning, recently spoke about his son’s recruitment and offered a very open and honest first-person perspective. In doing so, he spoke with DawgNation about how proud he is of Arch for staying grounded.

“I’m just proud of all the friends he has and the things I hear from freshman parents,” Cooper said to DawgNation. “Saying that Arch is kind to them and tries to treat them like a peer. As opposed to a senior and a freshman sort of deal. The other day there was a kid he thought was getting picked on a little bit and he called and took him to lunch. That sort of thing makes me proud. That type of stuff there is far more important to me than touchdowns.”

Arch Manning’s teammates have also spoken to his character, maturity and kindness.

Manning’s Newman teammates Will Randle and Saint Villere recently described him to DawgNation with the following words:

Randle is one of Manning’s best friends and favorite targets on the field. He is also considering Texas and shared a funny story about his quarterback’s competitive nature.

“We will be playing a pickup basketball game,” Randle said to Dawg Nation. “During recess. If he’s not winning, he’s going full speed going ‘We have got to win this!’ and I’m like ‘Dude, this is recess out here.’”

Cooper also talked about his son’s natural-born desire to constantly be competing.

“What I will say here is he just loves playing ball,” he said to DawgNation. “He never wanted to play video games or watch TV. He wanted to be outside shooting hoops or catching fly balls or hitting grounders. Throwing and diving catches. He wanted to be outside. I don’t care if it was on a trampoline or catching balls off a diving board. He just liked playing sports and competing and he was good at it, so that fed it even more.”

In addition, DawgNation shared how Manning is incredibly inclusive and kind to everyone around him, even though he is such a quasi-celebrity everywhere he goes.

When lunchtime rolls around, he will often pick out a new face. That is usually a freshman. He will ask them to join his group for lunch.

He doesn’t know them and wants them to feel welcome. His famous last name does not elevate him over anyone else in his world.

Manning’s college decision does not have a set timeline. He is going to focus on what is in front of him before looking ahead to the future, but wherever he ends up, that program will not only be getting a tremendous athlete with a weighted last name, but a competitor and an all-around good person.