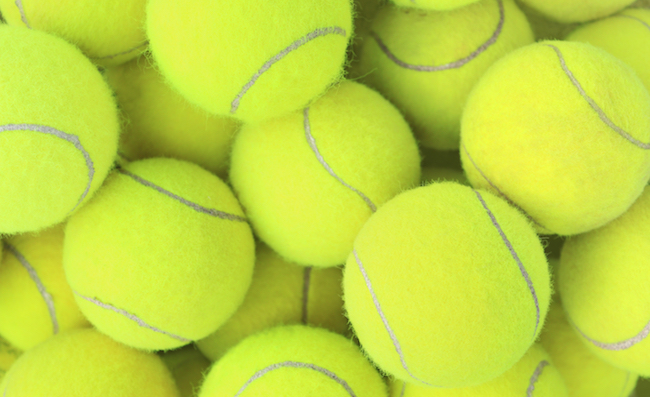 The internet has effectively turned the world into a dimly-lit bar where people argue over the most trivial things in the world, which includes debates about whether or not a hot dog is a sandwich, the correct way to cut a piece of toast, the proper method taking eggs out of the carton,  if pineapple belongs on a pizza, and, of course, the infamous phenomenon that was “The Dress.”

If you’re a big fan of arguing with strangers on the internet, then I’m happy to inform you there’s a new, largely meaningless debate raging online. Last month, a Twitter poll asked people to vote on the most accurate way to describe the color of a tennis ball to settle an argument between a YouTuber and his wife.

You would describe the color of a tennis ball as:

It’s been over a month since the survey was conducted, but the debate continues to rage. Every single one of my BroBible colleagues disputed the results of the poll, along with someone who knows a thing or two about tennis: Roger Federer.

A fan asked Federer for his opinion on the issue earlier this week, and it looks like he’s a member of Team Yellow.

OKAY ITS OFFICIAL MY DAD JUST ASKED @rogerfederer IF TENNIS BALLS ARE YELLOW OR GREEN AND HE SAID THEY ARE YELLOW pic.twitter.com/EXdXRr0oFa

Out of curiosity, I put a few different photos of tennis balls into Photoshop and sampled the colors. While a couple of results appeared to skew towards the green end of the color spectrum, the vast majority fell solidly on the yellow side.

I don’t know if anything sums up Twitter better than one of my favorite clips from It’s Always Sunny.