Arizona Coyotes May Have A Surprising Solution To Their Arena Issues 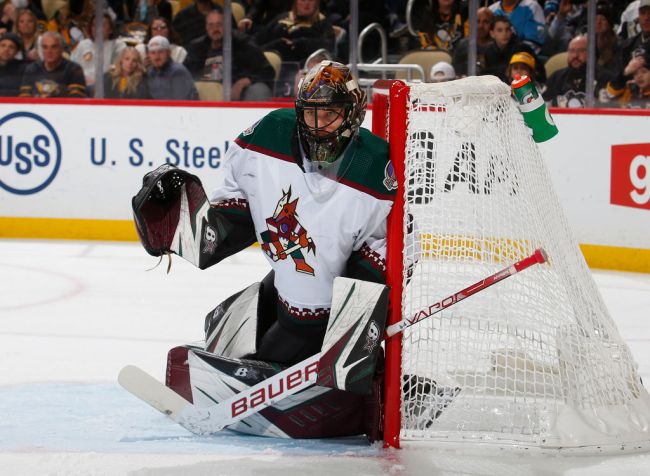 The 2021-22 NHL season has been an unfortunate one. They were on the verge of being locked out of their home arena in December. They were named the least valuable team in the NHL. They are currently only a point ahead of last place in the league.

Just about nothing is going right out there in Glendale. Now, they have found a potential solution to one of their issues, but it’s a surprising one.

According to a report from NHL Insider Craig Morgan, the Coyotes may have found a home for the next 3-4 years.

BREAKING: The Coyotes are in advanced discussions with ASU to use the university's new multi-purpose arena as their temporary home for the next 3-4 years.

This arena’s 5000 seats would be below the league’s capacity requirements, but the NHL can give them an exemption because it is a temporary situation. As if only having 5000 seats to put in fans in isn’t bad enough financially, the team could also be on the hook for another $15-20 million if they make this move.

Craig with a compelling update. Not just the fact the Coyotes are facing home games with a 5,000 seat capacity, but another dynamic:

Playing in a 5000 seat arena will automatically give the Coyotes the lowest attendance in the league, so tacking on an extra $15-20 million that they’ll need to spend should really hurt this team financially.

This move might not work out in the end for the Coyotes, but it at least seems like ownership is doing everything in their power to keep this team in Arizona.