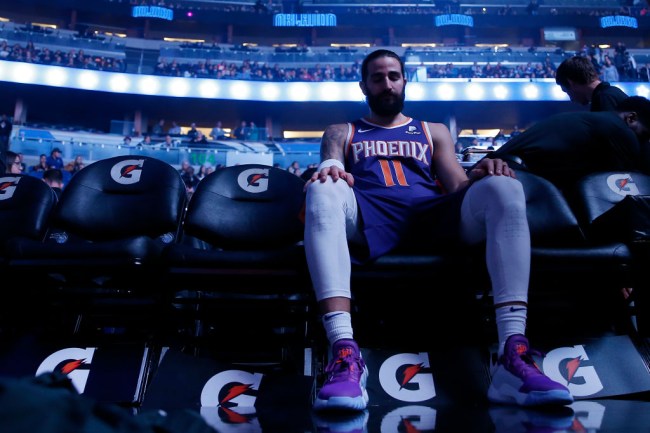 One of the initial ideas for sports to return to action was to have athletes, their families and staff move to one location and have games take place in just one arena or stadium without fans. Leagues could then monitor all parties involved, test athletes if tests were readily available and essentially create a controlled environment.

Earlier this week it was reported that several NBA superstars were involved in a private conference call and formed a united front to resume the season and Las Vegas and Orlando have been floated as locations to create a ‘bubble’ for play to resume.

Arizona has seemingly put itself into the mix as possible sites for sports to make their return as well after Governor Doug Ducey stated that professional sports can return with no fans as soon as May 16, according to ESPN.

“Ducey said Tuesday that professional sports, including MLB, the NBA, the NHL and the NFL, can resume without fans Saturday. The state is starting to reopen during the ongoing pandemic, with Ducey saying on social media that Arizona is “trending in the right direction.”

“The governor said he has had discussions with “leaders of some of these leagues” but did not say which ones or elaborate on what activities might take place in Arizona. Last month, he said he had spoken with Major League Baseball commissioner Rob Manfred and was open to hosting games.”

While each professional sports league presents different and difficult situations, Gov. Ducey opening the door of Arizona for leagues to flock to is a positive if you’re among the crowd that wants to see sports return ASAP. If you’re not in that crowd, well, I’m sorry.

Gov. Ducey’s statement also offers up the option for the Angels, Dodgers, Giants and Athletic’s to play home games at their respective Spring Training stadiums in Arizona, if necessary. It also sends a message to the NFL that the Cardinals could start their training camp on time based on how things are going in the state at the moment.

The Bundesliga is set to return to action behind closed doors as soon as May 15 and no later than May 22, so North American leagues seeing how things work out for the top German soccer league isn’t the worst strategy.

MLB owners have made it clear that they want the season to get underway as soon as possible, as has NHL commissioner Gary Bettman, NBA commissioner Adam Silver has said a decision will be made in 2-4 weeks and the PGA Tour is set to resume its season on June 11 in Fort Worth.

Whether it happens in two weeks or three months, one of the major professional sports leagues in North America is going to have to pull the trigger first and Arizona seems like it’s ready to accept that bullet.