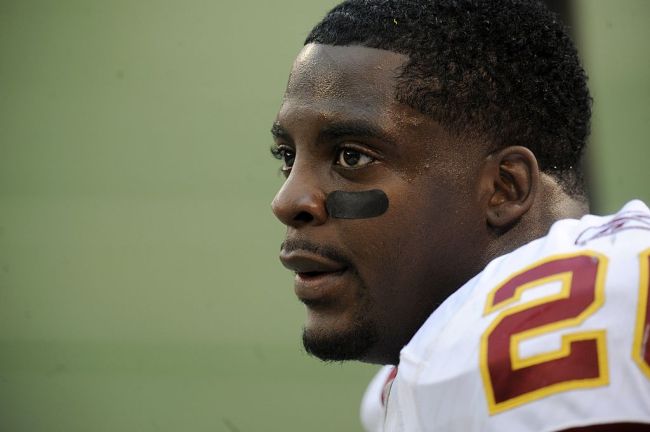 Former NFL running back Clinton Portis is wanted by the police and it’s all because he allegedly skipped out on years of child support payments.

According to a report by the Alachua Chronicle, an arrest warrant has been issued for Portis after he failed to make any court-order child support payments towards the mother of his child born in March of 2015. Portis had been ordered to pay the woman $1,937.00 a month and now owes her $147,962.49 plus interest in missed payments.

A court has ordered the arrest of former NFL running back Clinton Portis, whose current address is in Gainesville, over unpaid child support. According to court documents, he has failed to make a single payment of court-ordered child support of $1,937.00 monthly to the mother of a child born in March of 2015. The mother’s address is in Michigan.

The first request for enforcement was filed in October of 2019, and at that point, Portis already owed $103,775.00. After Portis failed to appear at hearings, an Order to Appear and Show Cause was issued on July 20, 2021, ordering Portis to appear before the court on August 6 or be arrested. When he didn’t appear on August 6, he was found in civil contempt of the court. That order found that Portis owes retroactive child support of $147,962.49 plus interest.

Following that order, a Writ of Bodily Attachment was issued on August 13, ordering that Portis be arrested. He can purge the contempt order and be immediately released from custody by paying $148,032.49, which includes the payment of the Sheriff’s fee.

Portis, who made $43 million during his nine-year NFL career, filed for bankruptcy protection in 2015 but the judge in the case determined he had “the means and ability to pay, has guaranteed income, and has substantial retirement assets.”