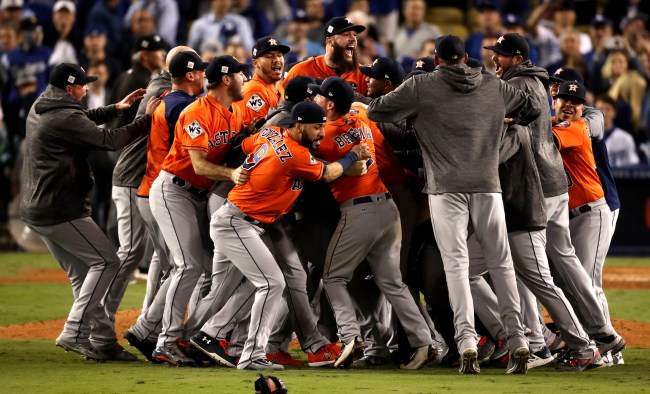 An email from a Houston Astros front-office executive, obtained by The Athletic, shows that at least one person within the organization asked the team’s scouts for their assistance in stealing signs, possibly using cameras, in August of 2017.

“One thing in specific we are looking for is picking up signs coming out of the dugout,” reads the email. “What we are looking for is how much we can see, how we would log things, if we need cameras/binoculars, etc. So go to game, see what you can (or can’t) do and report back your findings.”

The use of electronic equipment “for the purpose of stealing signs or conveying information designed to give a Club an advantage” is illegal in Major League Baseball.

Scouts discussed sign stealing with the executive outside of email as well, on phone calls and in a group Slack channel. Multiple Astros scouts said they were appalled by the possibility they would be asked to use a camera — and said that some scouts indeed voiced as much to management. Another scout noted a generally confounded feeling amongst the group by the overall request.

“Nobody wanted to do that, and take a chance of getting caught and ruining their reputation, not only as a scout but then even further damage what the Astros had going,” one person directly involved in the conversations said.

One Astros scout said about the email request, “It just goes to the story, for 2017, we were asked to electronically cheat in the playoffs.”

Perhaps coincidentally, the Astros changed the position of their TV cameras for home games for the 2017 season from an angle that was right of center to a more direct look at the batter and catcher from center field.

This year vs last year pic.twitter.com/Kb6v9mcG0V

“We wanted a new camera angle that improves the strike zone the fans see on TV as well as the benefit of the advertisers getting more value for their signs,” Astros president of business operations Reid Ryan told MLB.com about the change. “Before, you always had a little bit of brick on the side. It didn’t look centered.”

As the evidence – both real and circumstantial, accusations and anecdotes surrounding the Astros stealing signs illegally continues to mount, one MLB general manager told SNY, “If [Astros GM] Jeff Luhnow knew about this, he should be banned for life.”

Meanwhile, the silence from Astros players including the previously very outspoken Justin Verlander, who just won his second Cy Young Award at the age of 36, and has more than once publicly complained about keeping the playing field equal in MLB, is deafening.

Alex Bregman does appear to be enjoying his vacation, however.