Houston Astros Getting Blasted For Tweeting Awards They Won, Say Players Will Apologize In Spring Training 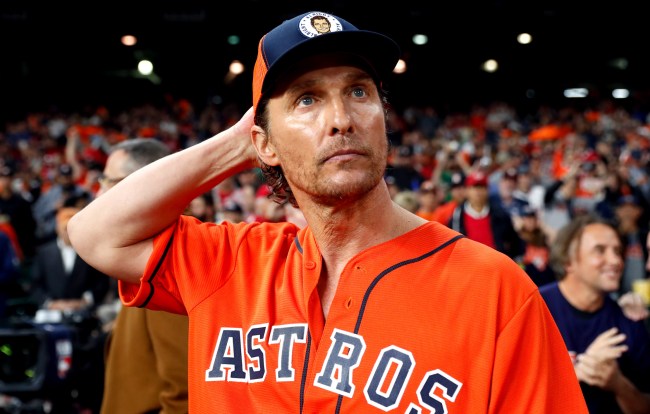 Talk about sending out some mixed messages. The Houston Astros, who cheated their way to two World Series in three years, winning one, are getting ripped to shreds online after tweeting out some awards they won, all while saying that their players will be apologizing next month during spring training.

For some reason, employees and players associated with the Astros still haven’t figured out that they need to shut up and be humble. Otherwise they are just begging people to critizice them even further.

On Tuesday, the Astros tweeted out a few awards members of the franchise won in what has to be the definition of being tone-deaf.

That’s right. Astros owner Jim Crane was named Houston Sports Executive of the Year. I guess since the Texans, who won their division, just fired their interim general manager Chris Olsen they couldn’t choose him. And then there’s Rockets general manager Daryl Morey, who, well… Houston sports executives haven’t had the best year.

Speaking of Jim Crane, he told reporters on Tuesday, “The players have been beaten up a little bit. They’ve been all spread out. I saw some of the things with the guys interviewed — they’re just kind of getting some advice to take it easy. When we get down to spring training we’ll get them together and they’ll come out with a strong statement as a team and apologize for what happened and we’ll move forward.”

Astros owner Jim Crane said when the team assembles for Spring Training the players will come up with a plan to address the sign stealing saga publicly and will apologize for their role in the events that led to MLB’s sanctions. pic.twitter.com/55GzQDUgMe

Needless to say, neither of these moves by the Houston Astros was received well by fans.

Were the other candidates Antonio Brown, OJ Simpson and Aaron Hernandez?

Lmao you literally can't make this up. Way to read the room, @astros

So! Apologize all they want. Every single one of them should get a fastball in their ear hole.

Seriously, it takes that long to say, "Hey. We're cheaters. So there's that."

Lol - "we'll get around to saying the shit we are supposed to say, we're just not in any rush to do so.

Uh-oh. I wonder what the MLBPA has to say about this statement. Would be willing to bet that the union is not letting this happen. We shall see.

Yep, no way the MLBPA lets it happen.