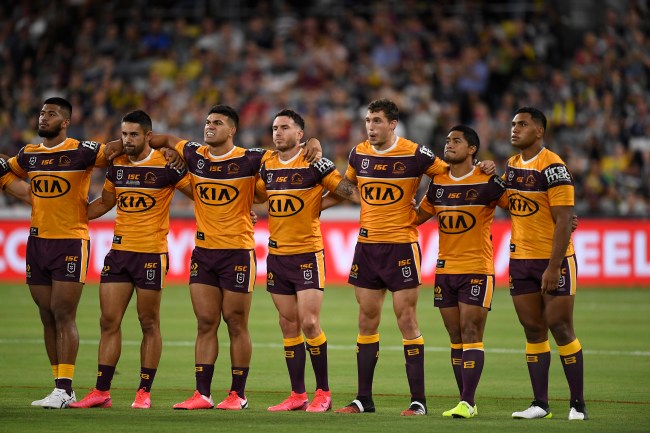 At this point, every professional sports league in America has been shut down/postponed for the foreseeable future due to the COVID-19 outbreak. The same is true for most of Europe, just this morning the Premier League announced the season would be suspended until April. Cristiano Ronaldo is self-quarantining in Portugal after his teammate tested positive.

But things are little different in Australia, where Tom Hanks and his wife Rita are currently quarantined after testing positive for COVID-19. The Australian ban on large gatherings doesn’t go in effect until Monday which means their pro sports teams are still playing in front of packed stadiums this weekend.

The Brisbane Broncos were in action on Friday (it’s already Saturday there) and after scoring the team celebrated with a hand-washing routine that would surely kill it in the NFL if there was football happening in America right now. Check it out (via Extra Mustard):