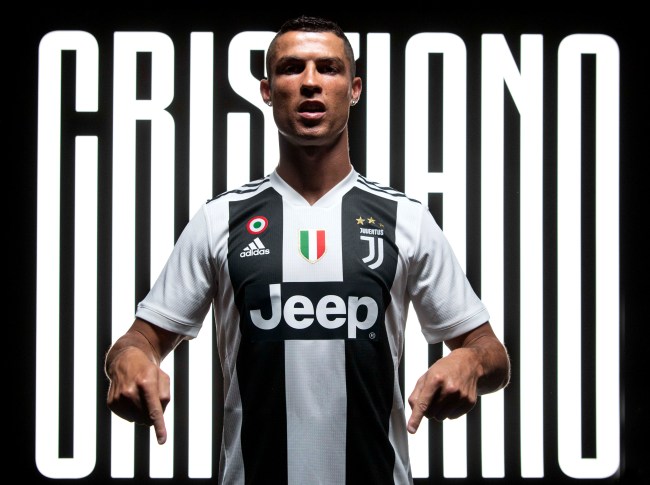 On Sunday, soccer superstar Cristiano Ronaldo played in a Italian Serie A football match between Juventus and Inter Milan in a completely empty Juventus stadium, except for the few journalists that were allowed to attend after being forced to have their temperatures taken before being granted access, due to Italy’s coronavirus epidemic.

Ronaldo was seen high-fiving imaginary fans and applauding the fans that were not in attendance due to the outbreak.

Following the match, Ronaldo’s Juventus teammate and star defender Daniele Rugani posted a photo of the team celebrating their victory.

On Wednesday, despite the precaution of not allowing any fans into the stadium, the 26-year-old Rugani tested positive for coronavirus.

Defender Daniele Rugani tests positive for coronavirus. He’s asymptomatic, club says. But will take isolation measures, likely to mean those in contact with him will have to do same. Juve due to play Lyon ibehind closed doors in Champions League in Turin next Tuesday. https://t.co/aUQDISHBN6

“You will have read the news and that’s why I want to reassure all those who are worrying about me, I’m fine,” Rugani wrote on Twitter. “I urge everyone to respect the rules, because this virus makes no distinctions! Let’s do it for ourselves, for our loved ones and for those around us.”

On Thursday morning here in America, it was reported that due to Rugani’s positive coronavirus test, Ronaldo has been quarantined.

According to Quotidiano Sportivo, Ronaldo was in Madeira, Portugal visiting his mother who recently suffered a stroke when the announcement about Rugani was made and will be self-isolating there until the all-clear is given.

All of Ronaldo’s teammates on Juventus will also have to be isolated and put into quarantine for two weeks, meaning that the team will not be able to participate in the Champions League quarterfinal game against Olympique Lyonnais that is currently still scheduled for next week.

“Cristiano Ronaldo has not trained and remains in Madeira pending developments related to the current health emergency,” Juventus said in a statement on Wednesday.