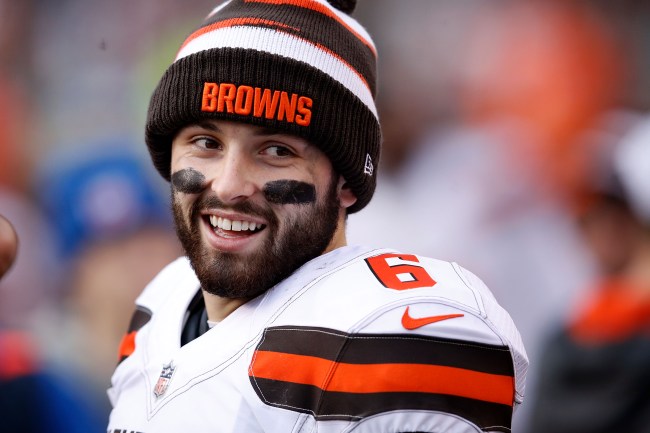 Baker Mayfield has the swagger like a college kid, and I absolutely love his candidness. In the day and age of cookie cutter quarterbacks who try to say all the right things, the Cleveland Browns rookie signal-caller is the black sheep, speaking his mind and being unapologetic about it. And, in the most recent example of that, the No. 1 overall pick didn’t back down from his statements about former head coach Hue Jackson, where Mayfield even went as far as calling Hue “fake.”

As bold, confident and a little bit cocky as ever, here’s what Baker Mayfield had to say during a press conference today when asked about his comments about Jackson following the victory over the Cincinnati Bengals this past weekend. He sure doesn’t sound like a guy who’s sorry.

#Browns Baker Mayfield doesn’t regret anything he said about Hue Jackson after the game or even calling him “fake” pic.twitter.com/u9TDFpK1Ir

But Baker Mayfield didn’t stop there. When pressed a little bit more about actually using the word “fake” to describe Jackson, the rookie quarterback doubled down, pointing towards something that, apparently, happened earlier this season.

#Browns Mayfield on calling Jackson fake: “There’s things that happened in the building. No reason to go into detail about it. We’ve moved on”

As mentioned above, Baker Mayfield represents an attitude that the Cleveland Browns haven’t had in a long time. In fact, he breaks the mold from all those other PC quarterbacks out there like Tom Brady and Eli Manning, among others, who refuse to speak their mind. It’s awesome to see — especially as a Browns fan like myself.

While Mayfield’s comments about Hue Jackson did get criticized — particularly from Damien Woody of ESPN, who told the first-year player to “grow up” — Mayfield wasn’t about to be intimidated by anyone, and stuck to his guns. This is just another reason why every single one of Mayfield’s teammates have said they love and respect the dude, because he plays with a chip on his shoulder that’s clearly “us against the world,” ignoring anyone who isn’t inside that circle anymore.

Basically, Baker Mayfield doesn’t take crap for anyone, so we’ll see if he sustains that kind of attitude throughout his career.