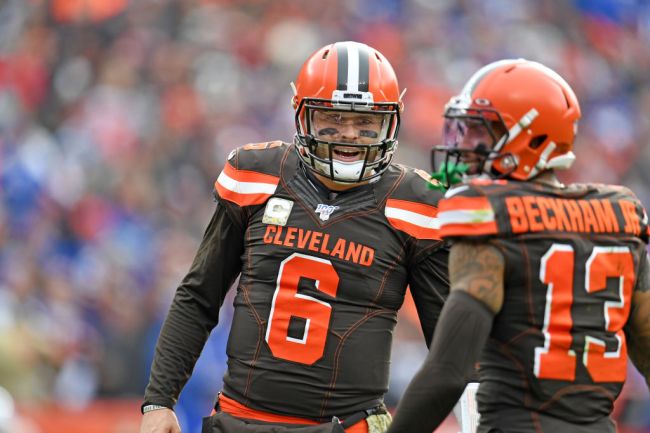 Stop us if you’ve heard this one before, but it appears as if Odell Beckham Jr. is upset about something, specifically his current situation as a Cleveland Brown.

This past Sunday OBJ had the worst game of his career hauling in just one catch on one target for six yards in a loss to the Pittsburgh Steelers.

After Cleveland’s loss on Sunday, Beckham’s dad shared the 11-minute video titled “Odell Beckham is Always Open for the Cleveland Browns.” The video was a direct shot at Baker Mayfield for not finding OBJ on the field.

Fast-forward to Wednesday, and Beckham was told not to attend practice. Cleveland head coach Kevin Stefanski reportedly told his players that OBJ is essentially not on the team right now.

Talk about a distraction.

Mayfield spoke to reporters about the ongoing situation between the organization and Beckham on Wednesday. He sent a clear message that egos will need to be put aside for things to get back to normal given everything going on.

“I’m prepared to do whatever,” Mayfield told reporters. “We’ll work through it, do whatever it takes. I can put my ego and pride aside to win, because that’s all I care about. But if not, then we’ll roll with the guys we have out there.”

“Hurt? No. Surprised? Yes. There’s different things that factor into it. I’ve had conversations with his dad before, like a man, face to face. I was pretty surprised by the video and the intention and feelings behind it.”

#Browns Mayfield being surprised by the comments. pic.twitter.com/kCCcC90eHy

The NFL trade deadline passed on November 2, so the Browns only have two options when it comes to OBJ if the situation gets to a boiling point: release him or pay him.