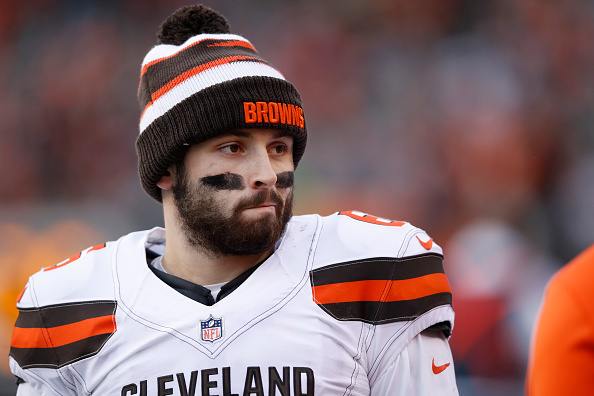 Even going back to his college days at Oklahoma, Baker Mayfield has been a rather loud character throughout his career. Some people like that he’s an open book that speaks his mind while others think that he opens his mouth too much as someone who has thrown 35 interceptions in two NFL seasons.

It turns out that after a rather poor sophomore campaign in the league, Mayfield is going to start letting his work speak for itself and use a much quieter approach headed into the 2020 NFL season.

“Right now, it’s moving in silence, which is fine with me,” Mayfield told the media on Wednesday. “That’s how I used to do it before getting on a bigger stage. Get back to the fundamentals to where I can accomplish the goals when the season comes around.”

Mayfield has been a part of his fair share of feuds and spats during his two seasons in the league. He made waves last season by saying that he ‘couldn’t believe the Giants took Daniel Jones‘ during an interview with GQ. Then, there was that whole not shaking Richard Sherman’s hand situation that exploded, plus, he fired a shot at Antonio Brown on social media.

Simply put, Mayfield hasn’t necessarily been the quiet, overly humble type of guy his first two years in the league, but he’s looking to change that.

Mayfield is entering an important third season, after which he’ll be eligible for an extension. If he’s wanting that guaranteed extension, however, he’s going to have to take a major step forward after a 22 touchdown, 21 interception campaign last year.