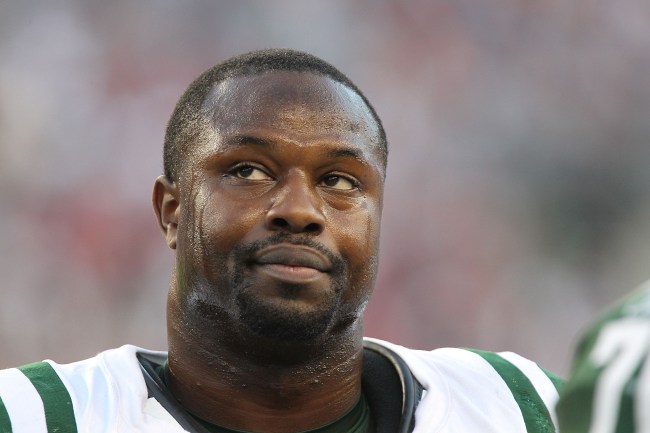 If you thought Bart Scott’s assessment of Bill Belichick and the Patriots would soften in his retirement, you were sorely mistaken. The 38-year-old spent his 10-year career with the Baltimore Ravens and New York Jets, and claimed he wouldn’t have traded his Super Bowl-less career for a Patriots roster spot because of the stringent work environment in New England.

Scott, who last year called into question Belichick’s genius because he didn’t utilize Adalius Thomas to the best of his abilities, recently sat down with Bleacher Report’s “The Lefkoe Show,” to deliver another jab to the legendary Patriots coach.

Scott recalled an “interaction” he had with Belichick while he was a broadcaster with CBS during the 2015 AFC Championship that played out less than ideal.

“[Belichick] walks up, shakes Tony’s hand, speaks to Tony. Speaks to Bill. I’m literally standing — we almost shoulder to shoulder. He says absolutely nothing to me, don’t even look at me. At this point I’m like, bro, now you’ve been an asshole. It’s fine you’ve been an asshole over there, but you came over to us, a group of us. Tony kind of gave that look like, ‘Don’t do that.’ I was about to say, ‘You rude, motherf–ker.’”

The former inside linebacker would eventually give up broadcasting to take up a job with Morgan Stanley as a consultant to help mentor NFL players from several franchises with their finances.

Scott said the Patriots wouldn’t even let him though the door.

“The Patriots wouldn’t let me come. I got information to help your team, and Bill will never let you in the building. Really, word? We still got beef?

“What the f–k does he think I’m gonna do? Take reconnaissance with the Jets? I don’t play for them no more either.”

Don’t take it so personally, Bart. You got yours that one time.